VOD film review: Get on Up | Where to watch online in UK | How to stream legally | When it is available on digital | VODzilla.co

VOD film review: Get on Up 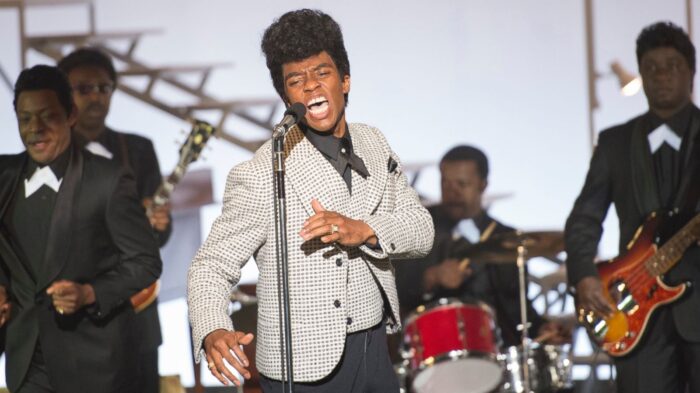 “We can’t play that. It doesn’t work musically.” “Does it sound good? Does it feel good? If it sounds good and it feels good, then it’s musical.” That’s James Brown during a rehearsal, after asking his drummer to play a beat out of sync with the rest of the band’s time signature. It’s a bold, confident, stylish display of genius – a musical talent that couldn’t be constrained as it fought its way out on its own terms.

To try and capture that flash of brilliance in a two-hour film is no easy task, and Get on Up makes that clear, as the script by Jez and John-Henry Butterworth wrestles with every cliche and biographical detail going. The runtime of 2 hours and 19 minutes gives you a clue as to how challenging it is to condense a legend’s life, impact and attitude into one mainstream affair.

Like a jukebox that’s been played many times, director Tate Taylor’s compilation of Brown’s greatest moments jumps from track to track, from childhood flashback to adult hardships. As a result, the darker, more challenging moments don’t get the airtime they deserve to be explored in great depth – a scene in which he beats his wife occurs off-screen and is swiftly forgotten, while guns, prison and other elements are swept aside in favour of lengthy music sequences.

And yet what music sequences they are – from Please, Please, Please to Night Train and Papa’s Got a Brand New Bag, it’s a track list to envy and the sheer funky bombast of Brown’s golden back catalogue is enough to keep you tuned in, while the power dynamics of the Famous Flames’ rehearsal room and even their staging is flawlessly realised.

It helps that there is an impressive cast to play every part, from Octavia Spencer and Viola Davis as his aunt and mother to Jill Scott as his wife Dee and Dan Aykroyd as his manager, Ben. Nelsan Ellis, especially, as his longtime friend Bobby Byrd – a man who maturely, sorrowfully recognises he’s the number two to Brown’s high-flyer – is superb.

But this is Chadwick Boseman’s film and at the centre of the slightly chaotic screenplay is a mesmerising performance that holds it all down – and, like a nifty boxing ring vignette halfway through, gets you back up to tap your toes every time a lesser film might lose its audience. Boseman blazes through every scene with an energy that’s immediately convincing, selling the swagger and self-interest that made him the Godfather of Soul, flaws and all. Perhaps it’s no wonder that despite those questionable, unexplored moments, the whole movie ends up in thrall to him. It sounds good, it feels good – what more do you need?

Where can I buy or rent Get on Up online in the UK?

Chadwick Boseman Get on Up Tate Taylor

YouTube accused of censorship as monetisation policies stay the same 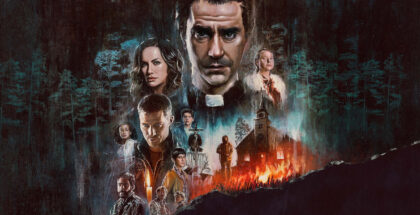 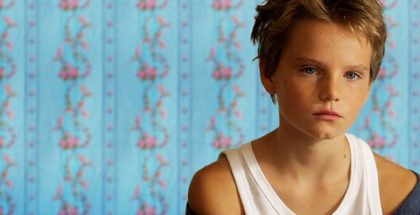 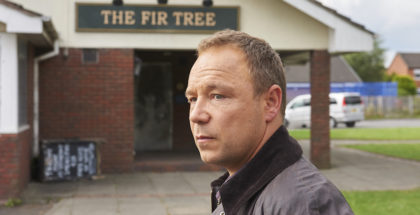