VOD film review: Escape from Tomorrow | Where to watch online in UK | How to stream legally | When it is available on digital | VODzilla.co

Wait time for It's a Small World

Escape from Tomorrow’s central guerrilla concept is both the source of its triumph and its downfall.

There has always existed a kind of cultural consensus that somewhere underneath the hood of all that Disney magic, sinister forces are at work. For a corporation to so earnestly present itself as this pure-hearted, innocent force of childlike wonderment is to face an irony simply too heavy to be ignored. So when a movie like Escape From Tomorrow comes along, one purporting to be the “ultimate guerrilla film” produced right in the heart of Disney World, well, the promise of seeing the golden idol of Mickey Mouse come crashing to the ground is irresistible.

However, the reality of Escape from Tomorrow may come to some viewers as somewhat of a crushing disappointment. This bizarre, dark comedy about a family man’s descent into madness within the park lacks the rebel cry we seek to take down the corporate titans. Satire here is but a brief moment we brush past in the crowd: prostitute princesses, nightmarish re-imaginings of theme park music through the vocal chords of a Tim Burton choir, or a vague reference to the fatal 2003 derailment incident at Disneyland’s Big Thunder Mountain Railroad; all without the singular drive of a cohesive, planned attack.

In fact, for the most part, director Randy Moore seems pretty enchanted by the whole affair, letting the camera linger on ride interiors like a distracted child lost in the magic. Great, if you were curious as to how the Three Caballeros update has affected the Mexico Pavilion’s Gran Fiesta Tour; less great, if you were on the hunt for a scathing exposé. In fact, only a Disney fan could really come up with the sort of loving parody that could so perfectly capture the disappointment of queueing for about three billion hours only to reach the end just as the ride breaks down, or profit off the little known fact that it’s startlingly easy to get blind drunk at Epcot.

Escape from Tomorrow’s central guerrilla concept is both the source of its triumph and its downfall. While there’s an undeniable thrill to be gained from trying to figure out how some of the shots were achieved and how exactly these people never got caught, the inevitable shoot n’ dash nature of the project has left the whole thing wallowing in inconsistency, with scenes riddled with poor lighting and sound design, as well as awkward green screens.

Most troubling of all, though, is this picture’s inconsistency in mood: one moment, it’s a jump-scare psychological horror turning sickly-sweet animatronics into demonic creatures; the next, it’s a dystopian vision of all-powerful companies turning the human mind into a tool for profit. But mostly, it’s a dull exercise in one man’s midlife crisis, turning his wife into a screeching harpy and every other woman into a sexual offering. Two Parisian waifs constantly threaten to turn the whole thing into a theme park-remake of Lolita, before the whole picture settles for a final act turn so self-consciously wacky it could only have been the product of a particularly boisterous improv class.

You may wonder how a company so usually litigious could have turned a blind eye to a movie like Escape from Tomorrow. That is, until you actually watch it. By barely scraping the flesh of a corporation whose earnest mantra offers it up to satire like a sacrificial lamb, the only lasting effect you’re likely to experience from this film is the brief reminder of how totally boss Mickey’s parades are. 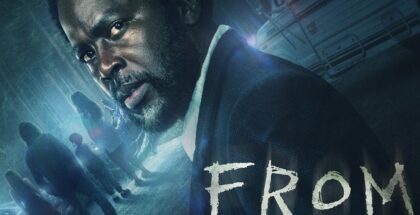