VOD film review: 8 Mile | Where to watch online in UK | How to stream legally | When it is available on digital | VODzilla.co

Lose your in Curtis Hanson's thoughtful exploration of a city and a subculture.

The director of L.A. Confidential working with Eminem? It shouldn’t work – but then, that’s what they said about Slim Shady himself. This is one of those ideas that sounded absolutely awful on paper – Eminem’s origins story, in which the rapper essentially plays himself – which somehow mutates into a film that isn’t just watchable, but a thoughtful view of a city and a subculture. Credit goes to Hanson, who might easily have chased bland prestige projects after his breakthrough, but instead, tried to invest B-movie material with grace and intelligence. Yes, 8 Mile won an Oscar, but it was for a hip-hop song; it’s far from the usual Academy bait as you can get.

The big question, especially today – when films are scrutinised to see how ‘woke’ they are – is how this victory of a working class white boy over his black peers, on their turf, plays. There are moments, notably when ‘B-Rabbit’ (aka Eminem) is beaten up by a black gang, when the film plays merry havoc with politically correct notions of presenting racial identity on screen. Fortunately, the film knows that it has this issue to overcome; indeed, that’s the entire point. Hanson leans into the difficulty, referencing Elvis, Vanilla Ice and the Beastie Boys and even showing a scene from 1950s race-relations melodrama Imitation Of Life – to which 8 Mile, in some strange way, is a modern successor.

The result is that this becomes a portrait of a community that’s been left for dead, whatever its citizens’ colour. This is a far cry from the films that Elvis made; it’s a social-realist, deeply political work about making ends meet when the government has given up on you. Here’s a film that understands hip-hop’s roots in poverty and protest; crucially, it’s set in the mid-1990s, before bling really took over as rap’s default setting. Just as Eminem struggles to make his voice heard because he’s the ‘wrong’ colour, so he has his corollary in the character of DJ Iz, the literate, liberal philosopher who is constantly shouted down because he’s speaking a different language to his homies.

Hanson lets this play out as an old-fashioned melodrama, as indebted to Rocky as to musicals, to fold the nuanced social commentary into an effective crowd-pleaser. Crucial to Hanson’s success is his relaxed shooting style, going into derelict districts and factories, and there’s a moment of real poetry in a sex scene that’s scored to the cogs and pistons of the machines.

Remarkably, while you’d have to figure this 50-something’s knowledge of the scene isn’t encyclopaedic, Hanson realised the importance of putting the energy and lyrical talent of genuine rappers (including Xzibit) on-screen, which, of course, finds its apogee in Eminem himself, who has a guarded, Brando-esque shyness that is electroshocked on stage into the fierce, profane wit of the rap battles. It’s a mark of how astute Hanson is that we also get early roles for Anthony Mackie and Michael Shannon, while the film’s downbeat mood is all the more bittersweet for the premature passing of Brittany Murphy, playing Rabbit’s on/off girlfriend, and the director himself.

Alien: Resurrection: A cautionary tale of trying to copy brilliance... May 14, 2017 | Ivan Radford 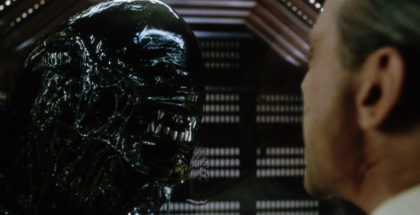 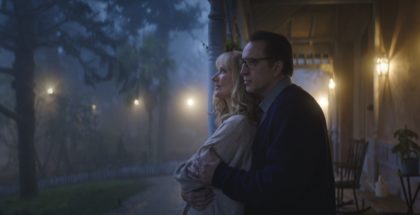