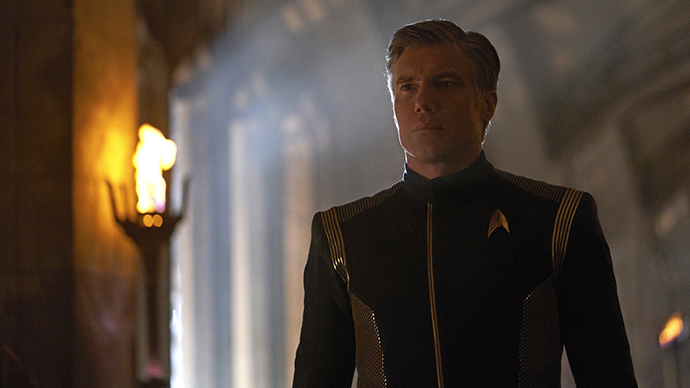 Burnham is the new hope

Time-travel trauma for Pike and Mike in a tense and moving episode.

“All this time I thought she was dead… But it was so much worse. She was trying to stop Control. And I stopped her. I failed her. Then I lost her – all over again.”

So says Burnham, still reeling after discovering that the person inside the time-travelling Red Angel mech-suit has been her mother. It’s given extra poignancy by the fact she’s speaking, by holo-communicator, to her foster-mother – and Spock’s human-mother – Amanda. She has a different spin on last week’s events.

“Michael, you have it backwards,” she says. “You found her. You will find her again. That is who you are.”

Who Burnham is, it becomes clear, is at the heart of the ongoing Control storyline. But we don’t discover this until episode’s end. Before that we’re treated to an inspired use of Pike’s backstory. As most fans will be aware, Captain Pike as featured in Kirk’s era was severely disabled –  having been exposed to delta-particle radiation – scarred, unable to speak, and confined to a techno-wheelchair attuned to his mind. Knowing this lies in Pike’s future has always been problematic, but Discovery’s writers brilliantly utilise this foreknowledge. Sending himself to Boreth (a Klingon holy world, seen and mentioned previously in both Next Generation and Deep Space Nine), he is told by a Klingon monk named Tenavik that he can only take a time crystal if he is willing to know his own future.

The flashes of future Pike are superbly nightmarish and, thanks in no small part to a first-rate performance from Anson Mount, the anguish Pike feels is palatable. With this glimpse of his possible future fresh in his mind, Pike is told that, if he takes the crystal, this fate will become inevitable. He could walk away. Pike doesn’t, of course.

“You’re a Starfleet Captain,” he growls at himself. “You believe in service, sacrifice, compassion in love… I’m not going to abandon the things that make me who I am because of a future that contains an ending that I hadn’t foreseen for myself.”

It’s a gripping scene – not, perhaps, since Picard came back from the Borg have we seen such deep-seated trauma play out in Trek – and retroactively lends Captain Pike in the 1966 episodes an extra layer of melancholic resonance. “What I experienced,” he tells Tyler and L’Rell, “is for me alone. It was a promise I made to your son.” It’s then he reveals that Tenavik is actually their baby son, now all grown up due to temporal weirdness on Boreth.

As astoundingly epic as Pike’s mission is, the A-story this week is technically Burnham and Spock’s investigation into why a Section 31 ship has stopped communicating. As well as some entertaining foster-sibling sparring – Sonequa Martin-Green is a dab hand at playing quietly infuriated – it builds towards a cataclysmic revelation. Via reanimating Burnham’s old USS Shenzhou shipmate Gant, Control tries to eliminate her. This is bad news, obviously, but Spock – employing logic – can see the upside. “Control,” he says, “has identified you as the true threat to its objectives. The one variable it cannot account for…” Which means the only thing Control fears in the entire universe is Burnham. And who she is.

So it becomes apparent that she needs to have lost her parents in the Klingon attack, for her subsequent adoption by Sarek and Amanda essentially make her the woman she is today and bring Spock into her life, his dyslexia – l’tak Terai in Vulcan – making him uniquely receptive to the Red Angel’s messages. The central tragedy at the heart of the scenario is that Burnham’s mother has the technology to live her life with Burnham – but to do so would only benefit Control.

There are also further hints that whatever or whomever is behind the signals – possibly some new iteration of the Red Angel (Burnham herself?) or a different entity altogether – has altered time in subtler ways to best combat Control. Saru, for instance, notes that he is a “different kind of captain” since he experienced vahar’ai, something he would have been unaware of had a signal not brought Discovery to Kaminar. It’s all deliciously tricksy time travel complexity – and, although the Galactic Skynet of Control isn’t overly original, hats off to the writers for the adroit way in which they’ve incrementally unlocked this Chinese puzzle-box of a plot.

And then there’s the cliffhanger. With the entire Section 31 fleet appearing out of warp all around them – presumably all under Control’s, uh, control – the crew can’t risk the Sphere’s data falling into the enemy’s hands. It’s Burnham who first realises their only option: destroy Discovery.
Unless Discovery is going to go the same way as The Liberator on Blake’s Seven, the chances the titular starship will go kaboom are slim. But, with two episodes remaining of what has been a (near) perfect season, what the writers have in store for us is sure to be as faultlessly plotted as it is nerve-wrackingly tense.

Star Trek: Discovery is available on Netflix UK, as part of an £8.99 monthly subscription. New episodes of Season 2 arrive weekly on Fridays, within 24 hours of their US release. 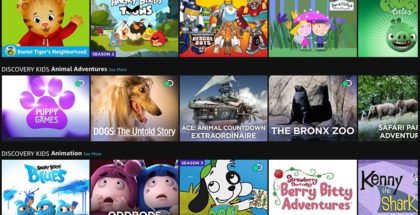 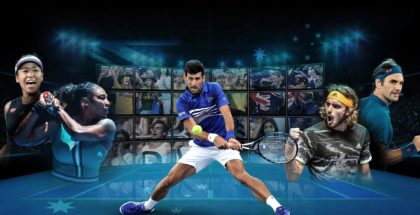