VOD film review: I Am Cuba (Soy Cuba) | Where to watch online in UK | How to stream legally | When it is available on digital | VODzilla.co

A beauty concert takes place on the open air roof of a Cuban hotel. Music plays. People dance. The camera weaves in and out of these people as their energy and joie-de-vivre lights up the screen. In one fluid movement the camera moves down to the next level of the hotel roof, following more people as they drink, chat, dance and sing. We head towards the pool, as the camera heads down the steps and under the clear waters while people swim by. Done in one take, it’s a bravura sequence of filmmaking that wouldn’t seem out of place in any number of contemporary movies. But when you consider that it takes place in a 1964 film that was originally designed as a piece of Soviet propaganda, it is nothing short of extraordinary. Mikhail Kalatozov’s Soy Cuba (I Am Cuba) is an often astonishing technical achievement that transcends its somewhat didactic origins and perhaps deserves a more prominent place in the history of cinema.

For the Soviet Union, the Cuban revolution was the shining example of socialism in action. With Castro-backed forces ousting the CIA-backed General Batista in 1959 and bringing in sweeping nationalisation, the Soviets saw Cuba as important template for the establishment of socialist countries around the world. Unsurprisingly, the USA felt differently and, as the US embargo of the country began to take hold, the Soviet Union became ever closer to Castro’s government. Keen to promote the apparent success of the Cuban Revolution, Moscow backed a film that would glorify the revolution. At the helm would be Mikhail Kalatozov, already known to cinephiles across the world for his Palme d’Or win at the 1958 Cannes Film Festival with The Cranes Are Flying.

It’s fair to say that the narrative and politics of Soy Cuba seem rather naïve and simplistic when viewed with contemporary eyes. Ostensibly split into four parts, the film examines the plight of a number of ordinary Cubans before the revolution came. Thus, in the first part, we follow the God-fearing Maria, whose only way of being able to get out of a Cuban slum is to prostitute herself out to the rich Americans who flood the bars, casinos and restaurants looking for a good time. The Americans here are one step removed from being pantomime villains, all vulgar lecherousness and one-note amorality. Maria, meanwhile, keeps her crucifix close to her, something which is later forcibly acquired from her. But there’s an earnestness here that very much forgives all the heavy-handed symbolism and acting that often favours the melodramatic.

There’s also a level of artistry here that offsets any other minor flaws. Soy Cuba makes the most out of creating iconic and bravura scenes. The third story – in which student Enrique becomes a martyr to the socialist cause – contains a number of these. The firebombing of a Drive Thru becomes not only an attack on American culture but – as the screen burns during newsreel footage of Batista – also on the forces that would oppress the Cuban people and let said American influence go unfettered. Later, as Enrique ponders whether to assassinate the chief of police, the camera follows him to a rooftop and – almost impossibly, given the height and angle of the shots – circles Enrique as he makes his fateful decision. The huge dilemmas of politics and world changing decisions are reduced to a moment of intimacy and tension. A final scene sees the body of a martyred hero lifted high in the air as the camera cranes into the sky and watches an ever growing procession of people fill the streets in a display that is both bitter yet triumphalist.

In many ways, these moments – and the film is filled with many more – are indicative of the film’s propagandist origins. Like the legendary Odessa Steps sequence in Battleship Potemkin, pivotal historical moments are mythologised and given iconic status. But there is a large level of humanism here as well. A constantly close camera to the characters gives a level of intimacy, while many scenes flirt with documentary realism. Indeed, the film is as much about Cuba itself – its varying inhabitants and lands – than it is about the revolution that came to define the country during the 20th Century.

Soy Cuba was something of a failure on its release – many Cubans thought their portrayals were clichéd while the Soviets didn’t think it glorified the revolution enough. But, after being re-discovered and lionised by the likes of Martin Scorsese and Francis Ford Coppola in the mid 90s, the film has become appreciated for its sheer level of cinematic artistry. There’s such a sense of artistic freedom in the film, alongside the sheer effort in making a film in a country that was being beset by the Cuban Missile Crisis. It still remains an amazing experience and the film’s hefty 140 minutes pass by in a flash. Soy Cuba is indeed a revolutionary piece of work – just maybe not in the way its makers originally intended.

Where can I buy or rent I Am Cuba online in the UK?

Netflix UK TV review: The Boss Baby: Back in Business 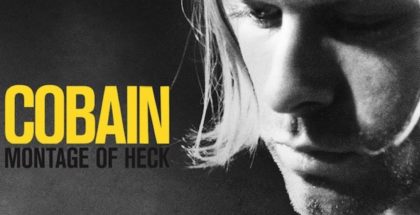