MUBI UK film review: Dead Pigs | VODzilla.co | Where to watch online in UK | How to stream 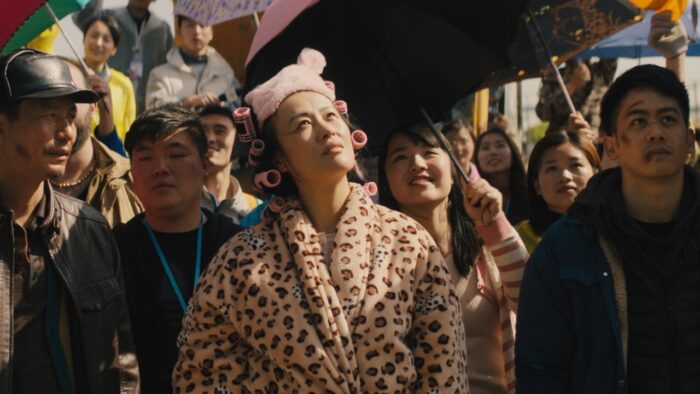 Cathy Yan blew a breath of fresh air through comic book cinema in 2020 with Birds of Prey, a joyously chaotic actioner. Now, MUBI is giving us a rare chance in the UK (it played the London Film Festival in 2018) to see Dead Pigs, the debut film that announced her as a filmmaking talent in the first place – and it’s an ensemble satire bursting with that same vibrant energy.

The film takes its cue from a real life incident in 2013, which saw thousands of dead pigs floating down the Huangpu river, after being dumped in the water by poor farmers. Here, those pigs play out in the background of people’s lives across Shanghai, and very much in the foreground of one hard done by loser, Wang (Yang Haoyu), who invests his money in the animals – but finds himself swindled by the swine, after they become infected. With his hopes and finance drifting down stream, he finds himself the victim of thugs looking to reclaim their debts.

Wang’s sister, Candy (Vivian Wu), is living an entirely more successful life with her own beauty salon in the centre of town. But at home, she’s the last stronghold in the face of capitalism – the one sole house left in a bulldozed plot of land that a property comany is desperately trying to buy from her. Why? So they can build a gigantic new development inspired by Barcelona, complete with hilariously naff replica of La Sagrada Familiar in the middle.

The architect behind that scheme is Sean (David Rysdahl), an American who talks about building homes for “people who need them”, but is mostly concerned with his own image of success as he relies on his American identity to give him some semblance of value. Equally pressured to put on a front is Zhen (Mason Lee), Wang’s son, who is scraping a living by waiting on tables, but pretends to his father to be something much grander – a deception that’s brought home when he falls for a socialite influencer, Xia Xia (Li Meng), from several rungs up the class ladder.

Yan’s script doesn’t dwell seriously on these kind of clashes, but rather pinballs between the extremes of have and have-not of rural tradition and urban innovation. It’s certainly a fun ride, as those contrasts are played to amusing effect, as Wang wants Candy to sell to help recoup his finances, while Candy refuses to give in to modernisation, but there’s a suspicion that really the priority is making sure that they all have some status of import regardless of their circumstances.

Yan films all this with some beautifully crafted visuals, the neon-lit streets inhabited by eccentric humans that feel like people as much as they do pieces making up the conflicting, corrupt metropolis of modern China. An early sequence sees Wang excitedly show anyone he can find his shiny new VR headset, which lets him escape from reality and feel like he’s flying. The metaphor is as subtle as a river full of diseased pigs, but sometimes, that’s what you need to catch the world’s attention.

Dead Pigs is now available on MUBI UK, as part of a £9.99 monthly subscription.