Any kills of interest

This disappointingly dated horror suffers from a lack of tension, style or memorable characters.

The idea of a horror movie set within a Halloween Horror Nights-like experience feels so obvious that it’s incredible that there haven’t been dozens of examples of it. Ante Novakovic’s Fright Fest takes this premise and runs with it, not filling the film with ghosts or demons haunting the victims trapped inside, but instead going for a more “grounded” story, involving a bus of convicts crashing – with one looking to kill and another looking to save.

Nip/Tuck’s Dylan Walsh seems to be enjoying himself as a washed up, drink- and drug-addled horror director, who gets rather too into the idea of having a real killer run amok in his horror house, but this is where anything positive said about the film ends. Novakovic’s attention seems to be taken away from proceedings, with a meandering story that can’t decide whether it wants to have fun with its kills or to be serious. While a horror audience may well lap up some of the encounters contained herein, there’s a rather typical, quickly dating air of misogyny around the whole thing – one kill literally shows a bunch of men watching a woman be murdered and applauding after. Its going for humour, but just feels depressing; this film knows who its audience is and throws out this kind of material like fish to a bunch of clapping sea lions.

There’s also a surprising lack of tension. The film never offers any actual jump scares: scenes will start with people being murdered and there’s never any building of nervous tension; things just play out and end with no sense of ingenuity or style, and the whole experience is flatly directed.

The ostensible hero of the piece is woefully played by Luke Baines, a seemingly traumatised young man who forgets to have any charisma or leading man quality; his character has the air of a wet fart before an impeding case of gastroenteritis. The victims of the piece are almost all interchangeable, with only Pancho Miller standing out as Walsh’s assistant, getting in a couple good lines and wearing a tired, hangdog expression well. Unless you’re a Dylan Walsh completist, you can steer well clear of this.

Fright Fest is available on Sky Cinema. Don’t have Sky? You can also stream it on NOW, as part of a £11.99 NOW Cinema Membership subscription.

Where can I buy or rent Fright Fest online in the UK? 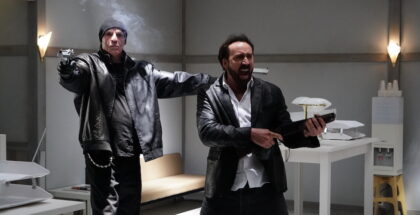 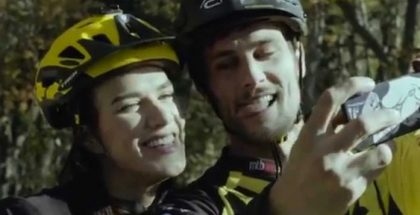