First look UK TV review: Your Honor | VODzilla.co | Where to watch online in UK | How to stream

How far would you go to protect the person you love? That’s the question at the heart of Your Honor, Showtime’s remake of Israeli drama Kvodo. It begins in breathlessly harrowing fashion, as teenager Adam (Hunter Doohan) accidentally runs someone over in his car. His father, we learn, is Michael Desiato (Bryan Cranston), a judge with clout, connections and a strong moral and legal conviction. How far will he go to keep his son out of jail, even as it compromises his own principles?

The answer is quite a long way – and while that’s not surprising, what is surprising is how quickly he apparently makes that decision. That’s the one niggling problem with the series, which goes to great pains to highlight the stress and ethical dilemmas surrounding the accidental hit and run – Adam only hits the boy not because he’s been drinking but because he’s scrabbling around looking for his asthma inhaler, and his shocked reaction and panicked attempt to call 911 before fleeing is a clear sign that he’s not a bad egg.

While Doohan sinks his teeth into Adam’s growing sense of guilt, Bryan Cranston is reliably excellent as the father trying to work out what the right thing to do is. But when he discovers that the boy Adam hit is Rocco, the son of Jimmy Baxter (Michael Stuhlbarg), a local crime lord, Michael springs into action to cover up the whole thing.

He sweet talks a petrol station manager so that he can erase crucial CCTV, he gets rid of the car that would provide incriminating evidence, nudges the investigation in the wrong direction and even coaches his son on how to lie convincingly for an alibi. He knows all the buttons to push and the people to talk to.

There’s fun in seeing him use his power and privilege to subvert the law – and even a satirical edge to way that the show exposes such blatant ability to abuse the justice system by those in authority. But as Jimmy tries to track down the culprit so he can wreak vengeance and Michael tries to stay one step ahead, what begins as a promising study of compromise and corruption instead turns into a more straightforward cat-and-mouse thriller.

The cast deliver strong performances, with Stuhlbarg particularly good as the bad guy – outshone only by Hope Davis as his wife. But the result is far less complex and compelling than its starting point suggests. Writer Peter Moffat, who created the brilliant Criminal Justice (remade as HBO’s The Night Of), injects some moral quandaries into the story through Adam’s apparent determination to sabotage Michael’s every effort to sweep his crime under the carpet, but with neither Cranston nor Doohan getting the chance to bring much emotional depth to their relationship, his behaviour often comes across as a contrived way to stretch things out.

The more things go on, though, the closer Michael and Jimmy get to colliding – and if Your Honor falters as a drama about a man being pushed to Breaking Bad-style extremes, there’s promise in it becoming a study of two family men each trying to make amends in increasingly illegal ways. Either way, with Cranston and Stuhlbarg both going at it, Your Honor is a show that’s hard to hold in contempt.

Your Honor is available on Sky Atlantic. Don’t have Sky? You can also stream it live and on-demand legally on NOW, for £9.99 a month, with no contract and a 7-day free trial. 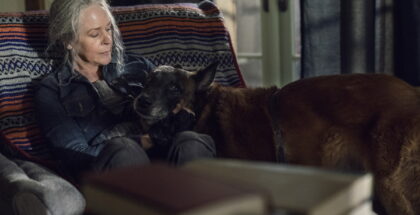