First look UK TV review: Bulletproof | Where to watch online in UK | How to stream legally | When it is available on digital | VODzilla.co

Say the word “cop drama” to people these days and they’ll immediately picture a gloomy detective against a chilly Nordic backdrop, or a bumbling inspector in a quaint Devon village. Not so Bulletproof, which shrugs off the modern police telly formulae for something more old-school: a buddy cop thriller.

Lethal Weapon in London, it pairs up Pike (Ashley Walters) and Bishop (Noel Clarke) two best mates with different lives. Pike’s dad was the first black police commissioner, a man Pike struggles to live up to – even to the point of having his mobile phone go off during his father’s career-recognition medal ceremony. On the other end of the phone? Bishop, who didn’t have a father figure as he grew up in foster homes. But they both share a moral sense of justice – and a respect for their sidekick.

So far, so classic buddy cop movie, right down to the fact that neither man likes to play by the rules, but, dammit, still gets results. It’s a fun change of tone in 2018, with the series fully embracing the comic potential of two bickering BFFs as much as the promise of action.

Director Nick Love certainly delivers on the latter in the opening episodes, which demonstrates an impressive grasp on how to package low-budget set pieces – a rapid early car chase relies on believably low-key obstacles to generate excitement rather than over-the-top explosions. London, too, enjoys the kind of cinematic sheen often reserved for such cities as New York and LA. The plot, meanwhile, keeps things simple and brisk, as a key witness is put in danger and the team end up caught in a quest for revenge.

All of this, though, would be for nothing if the central friendship didn’t work. Bulletproof’s success hinges upon the ability of Clarke and Walters to sell their long-term bond, and the duo don’t disappoint. Co-creating the series with Love, their banter has an endearing lived-in quality that carries the weight of years past. Bishop whines at Pike for his long-standing fear of driving quickly, while Pike warns Bishop not to get too carried away and angry when he suspects that his girlfriend might be cheating on him.

“When have you ever seen me vexed?” demands Bishop. “I don’t get vexed, bruv!” It’s an excellent turn by Clarke, who clearly relishes the chance to show his comic timing, as well as his more dramatic chops – the plot may be a case-of-the-week affair, but his potentially shaky domestic relationship is a thread that promises to continue, which is testament to the confidence the show places in Clarke’s three-dimensional performance. Walters, meanwhile, is a nice foil to Clarke’s more intense presence, generously giving him the space to play big without sacrificing more nuanced, introverted character tics.

The result is an enjoyably British riposte to the flashier American shows such as, well, Lethal Weapon, one that combines two black leads and a positive portrayal of the police force with humour, action and likeable characters.

Bulletproof Season 2 premieres at 9pm on Sky One every Friday, with the whole box set available on-demand. Don’t have Sky? You can also watch legally online on NOW, which gives live and on-demand streaming access to Sky’s main TV channels, including Sky Comedy (The Righteous Gemstones), Sky Atlantic (Westworld), Sky Crime for £8.99 a month – with no contract and a 7-day free trial. 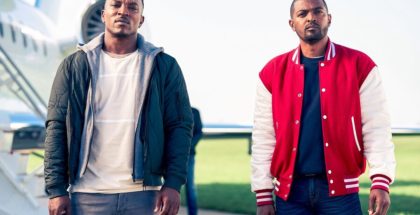