Disney+ UK TV review: The Beatles: Get Back | Where to watch online in UK | How to stream legally | When it is available on digital | VODzilla.co

Disney+ UK TV review: The Beatles: Get Back 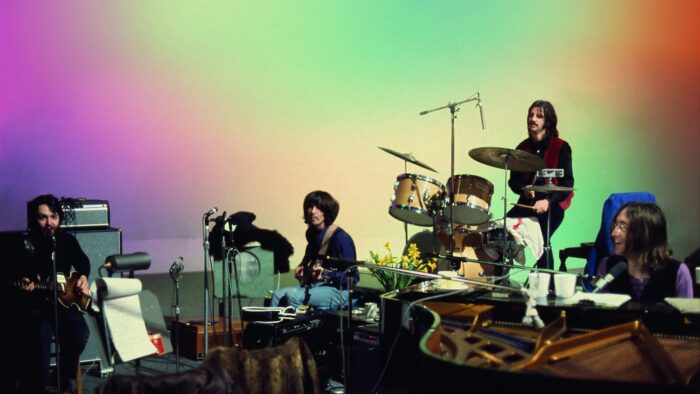 Episode 1 premieres on 25th November, with Episode 2 arriving on 26th November and Episode 3 on 27th November.

1969. Twickenham Studios. The Beatles are busy trying to record 14 new songs for an album and a live concert. In two weeks’ time. The result is an infamous chapter in Beatles history, not least because the whole thing was caught on camera by Michael Lindsay-Hogg, whose film, Let It Be, accompanied the album of the same name. The album was released the following year, shortly after the band’s break-up, and the documentary was unsurprisingly a bit of a downer, with tensions rife among the group. More than 50 years later, Peter Jackson is out to correct the narrative with The Beatles: Get Back, an in-depth dive into those ill-fated sessions, and the result is catnip for anyone who’s ever hummed along to Yesterday, and anyone who likes music full stop.

What began as a feature film for Jackson soon blossomed into a three-part series, as the Lord of the Rings director found himself wading through 60 hours of footage from Lindsay-Hogg’s film and 150 odd hours of audio recordings. If Let It Be’s problem was that it cut out too much, resulting in a narrow, negative portrayal of the Fab Four, Get Back’s strength lies in going to the other extreme, with a total running time to rival Jackson’s The Hobbit trilogy – the first episode alone lasts two and a half hours.

The end result is a daunting challenge even for the most ardent Beatles fan, but it smartly begins with a potted history of the group that fits in their origins as The Quarrymen and their transformation to The Beatles, as well as the significant input of their manager Brian Epstein. It’s his presence that we can tangibly feel by the time we reach their Twickenham sessions, a point where the band has started to lose its initial shine, deciding not to perform live several years prior.

The rising friction gives the footage a wonderfully prickly suspense, with the first episode climaxing in George Harrison’s decision to depart the band – and a cliffhanger leaving John Lennon, Paul McCartney and Ringo Starr genuinely unsure in that moment whether he will return at all. Underpinning the series is the knowledge, both ours and theirs, that the band is at a crucial turning point, where they’re trying to work out who they are: a live band, a studio band, a together band or a fragmenting ex-band. That gives the whole thing a sense of structure, or enough of one to allow the rest of Jackson’s passion project to hang loose.

It’s here that the documentary shines, as we get the chance to simply hang out with John, Paul, George and Ringo, as they talk about the sci-fi on the telly last night or joke about for the camera. It’s a reminder that these men were still only in their 20s, even as their journey as a band was drawing to an end. For all the speculation about how Paul became an imposing leader, how George’s patience was wearing thin, how John was busy enjoying the highs of Yoko among other things, The Beatles: Get Back brushes aside all that sensationalising of tiny moments and instead puts them all in context of simply showing us the musicians as they were.

That’s simultaneously less dramatic and more fascinating, as we get to witness that rare thing so often missing from music documentaries: the music actually being made. There’s an alchemy in watching creativity spring from collaboration, and we get to enjoy that on repeat here, from McCartney singing “second verse goes here” as he works out a soon-to-be-classic on the hoof to Lennon visibly enjoying throwing in harmonies. The natural talent on display, casually and unremarkably, is a joy, even as the happiness seems to be more fleeting in these twilight weeks. At the end of this project is their iconic rooftop concert (played in full), but it’s a long and winding road to get there – and, as much as we can share in that feeling of it being a slog, watching the band try to sing old hits to reignite their spark, while slowly getting into the groove of Get Back, is an absorbing, entertaining process. “Don’t let me down,” they sing, over and over again. This labour of love doesn’t.

What Christmas movies are on Sky Cinema and NOW? A complete list (2021)

What Disney movies and TV shows are available on DisneyLife in the UK?... October 20, 2019 | James R 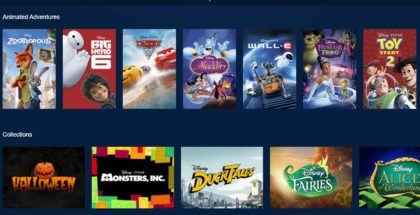 Watch: Opening song to Phineas and Ferb The Movie: Candace Against the Universe... July 26, 2020 | James R