Digital Theatre review: Private Lives | Where to watch online in UK | How to stream legally | When it is available on digital | VODzilla.co

Noel Coward's comedy is dated but an undeniable masterclass in playwriting.

Private Lives is the improbable story of two divorcees, Amanda and Elyot, who, while both on honeymoon with their new spouses discover that they are staying at the same hotel. Initially horrified but unable to convince their new partners of the danger, the two are thrown together, and the fireworks of their former marriage resurface.

It’s a pretty straightforward story, but well written – Private Lives is a Noel Coward classic. It’s in safe hands with Anna Chancellor and Toby Stephens, who give solid performances, nailing the quips and the physical comedy equally well. This particular production, recorded at London’s Gielgud Theatre, is also well done – it’s not particularly original, and little (if anything) has been updated in the 80-odd years since Coward put pen to paper. In the case of the smoking jackets and pyjamas on show, this is an excellent quality. For the rest of the production, not always so much.

Private Lives needed tweaking, because its original impact is missing here. It may be that this is not a play that has translated well to the screen, losing the magic of its physicality in the flesh. But it could also be that the infamous blade of Noel Coward’s snark has been blunted by the passage of time. As funny as Private Lives still is – and it is VERY funny – it is not the outrageous, toe-over-the-line affront to decency that it was in 1930. To call it “of its time” would be inaccurate and unduly harsh, but to have seen Private Lives at the height of its controversy would have been another experience entirely.

In the hands of a more daring director than Jonathan Kent, it’s quite possible that this Private Lives could have been something spectacular, but even the most hardened Coward fans would have to admit that if he were alive today, he’d be much more inclined to go and see something racy at the Donmar than a straight re-staging of a decades-old play that centres on the disgrace and the novelty of divorce. In a world where nearly everyone deals with messy family breakdown (often much messier than Amanda and Elyot’s middle-class crisis), Private Lives’ core concept has lost its barb. It’s no one’s fault (unless you read the Daily Mail) – we have all just moved on.

Sadly, if a play isn’t spectacular to begin with, it tends to lose a little bit more in the digital theatre experience, which is what has happened here. It would be much easier to rave about the live-action farce than politely applaud the filmed one. It’s hard to criticise, but it’s even harder to call excellent (pajamas notwithstanding). Still, as a sarcasm-laden, quippy comedy, Private Lives is quality, and so survives the century. It is a masterclass in playwriting, and still a long way from being tame.

Private Lives is available to watch on Digital Theatre as part of a £9.99 monthly subscription – or to rent from £7.99. 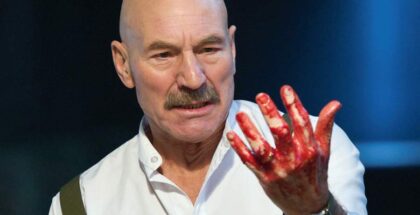 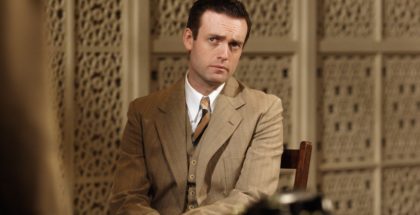