Bristol Old Vic theatre review: Touching the Void | Where to watch online in UK | How to stream legally | VODzilla.co 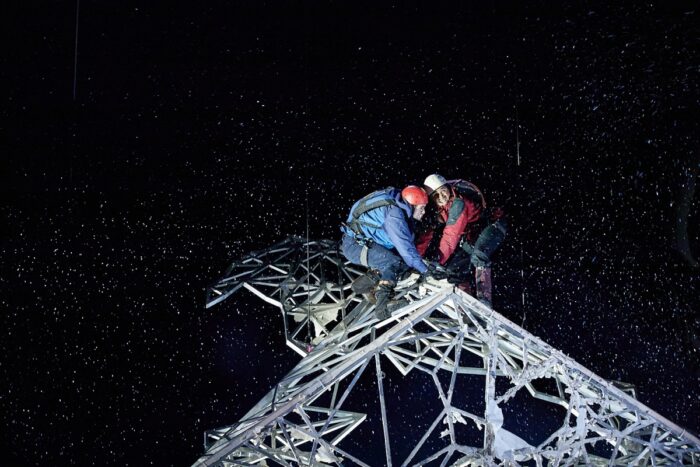 Have you ever climbed a mountain? You’ll feel like it after watching Touching the Void, a monumental piece of theatre that’s so good it gives you vertigo.

The play is based on Joe Simpson’s 1988 memoir, which tells the story of how he and Simon Yates climbed and descended Siula Granda. The very fact that the book was published charting their near-fatal ordeal in theory counts as a spoiler, but any thought of actual events or anything outside of the 20,814-foot peak vanishes once the play kicks in, immersing us in the dizzying terror of scaling the Peruvian Andes.

We begin a long way from the mountain, as a wake is held in a pub for Joe. His sister, Sarah (Fiona Hampton), is the one organising it and can’t resist questioning Simon and Joe and Simon’s friend, Richard (Patrick McNamee), about their journey – which prompts frosty blasts of icy action featuring Joe (Josh Williams) and Simon (Andrew Yellowlees) in chilling, haunting spotlights and shadows.

It’s a seamless segue from the warm interior of this safe space to the dark void opening up beneath it, and director Tom Morris (Artistic Director of Bristol Old Vic and former War Horse helmer) conjures up visceral spectacle that’s frequently jaw-dropping – and not just in a witty sequence that sees Simon demonstrate the attraction of climbing to Sarah by getting her to clamber up a makeshift cliff assembled from pub furniture up the side of the stage.

Playwright David Greig also nimbly ascends and descends the summit of memory, imagination and fear, finding fresh tension in the unthinkable dilemma facing Simon – who tries to rescue Joe while he’s hanging from a rope off an unstable precipice, but must decide whether to cut the cord and save himself or hold on for them both to perish.

Whether you’ve seen Kevin Macdonald’s 2013 film of the same title or not, it’s nail-biting stuff, and the cast are uniformly fantastic, from Hampton’s emotional anchor for the whole story to Williams’ determined perseverance. The result is a riveting tale of survival against the odds, but one that never lets us forget those towering odds – and captures the gale-force power of hope that sweeps through the stage, even when you’re sat in your living room.

Touching the Void streaming live from the Bristol Old Vic from 26th May until 29th May. Tickets cost from £10. 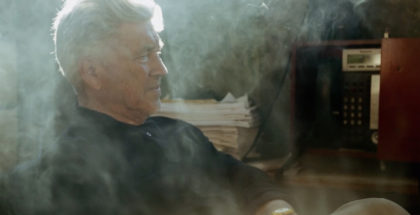