Catch up TV review: Unspeakable, Angry White and American | VODzilla.co | Where to watch online in UK | How to stream

Indira Varma is fantastic in this one-off drama about suspicion of the worst kind. She plays Jo, who is head-over-heels in a new relationship with Danny (Luke Treadaway). One day, though, she receives a text message that warns her that something is going between Danny and her daughter, Katie. It’s a horrifying allegation, one that consumes her every thought – and this drama allows that paranoia to take over the whole screen, leaving us unable to separate the man from what he may or may not have done.

Writer/director David Nath, who was also behind The Watchman and The People Next Door, is an astute observer of the tiny interactions that go on between people, be they neighbours, couples or strangers. And while Unspeakable may be wrapped up and over in only an hour, Nath’s script packs an awful lot in, giving both the always-excellent Treadaway and Varma, last seen crying out for more to do in Game of Thrones, some unsettling nuances to sink their teeth into. They’re supported by the brilliant Neil Maskell, who plays Jo’s ex, and Katie’s father, with a faintly tragic determination to insert his oar into the situation and ask Katie loads of questions. By the end of the stomach-churning 60 minutes, the eventual resolution doesn’t really matter: it’s the accurate depiction of how distrust can seep into a couple’s everyday life in the space of only a day.

Angry, White and American (All 4) 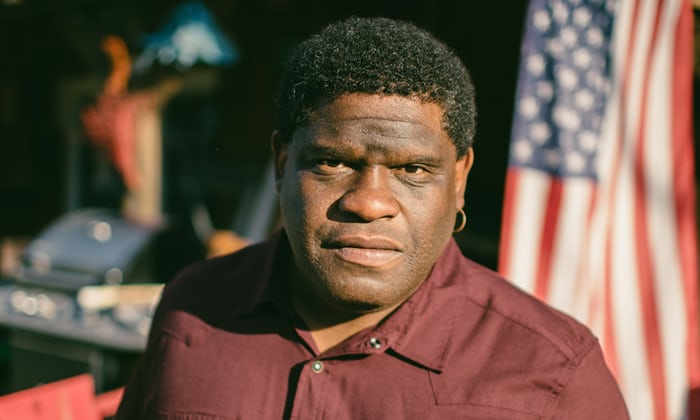 “Make America great again” was the mantra that took Donald Trump all the way to the White House last year. 12 months on, the question is not how he did it, but why that message resonated with so many. Enter Gary Younge, who delivers a weighty, essential piece of journalism that delves into the unsavoury layer of working class white America that somehow sees itself as being a minority. Younge is a ferocious presence, going toe to toe with Richard Spencer, the self-styled leader of the USA’s alt-right, and while it’s hugely satisfying to see him rationally, calmly reduce the bigoted campaigner to his exposed, racist roots (“Africans have benefited from white supremacy,” Spencer tries to claim), it’s even more profound to see him quietly listen to a parade of people from across America’s rust belt. As each one says their way of life is falling by the wayside, Younge picks apart the strange mix of industrial decline and identity disillusionment that has arrived after years and years of unchecked white privilege – a cocktail of fear and prejudice that is underpinned by genuine poverty. One interviewee speculates that white America is so bad at reacting to the current changes in society simply because they’re not used to feeling like they’re on the underside of it. There is no hope or positivity to be found in this powerful hour of television, but the thought of having Younge and others out there to hold a mirror up to modern civilisation with such insight is at least one thing to be grateful for.

Is there too much TV?