UK TV review: True Detective – Season 1, Episode 4 | Where to watch online in UK | How to stream legally | When it is available on digital | VODzilla.co

“Every time I think you’ve hit a ceiling, you keep raising the bar. You’re like the Michael Jordan of being a son of a bitch.”

That’s Marty Hart (Woody Harrelson) to Rust Cohle (Matthew McConaughey) after he offers a sympathetic ear to his marital problems in a bar. Of course, “sympathetic” isn’t quite the right word for Rust, a man so detached from the world that he seems to drift through it, watching the strings as they pull people to and fro. He pauses briefly from his usual lectures about out meaningless existence and offers these kind words: “Enough with the self-improvement-penance-hand-wringing shit. Let’s go to work.”

That’s the closest Rust will ever get to being nice – and it feels like the motto for Episode 4 of True Detective. A turning point of sorts, it’s one of those hours of TV that leave you breathless at a series’ sheer ambition. After three episodes of gradually exposing the dark mess beneath our lead couple’s civilised surface, the show feels like its speeding up.

That’s partly thanks to the introduction of The Iron Crusaders, a motorcycle gang Rust once infiltrated as an undercover cop. The investigation leads them to the Crusaders, who will hopefully put them in touch with
a drug dealer called Reggie Ledoux. Matthew McConaughey excels as the former junkie diving back in, his sunken skeleton and needle-pricked arm bringing a lot of weight to his decision. Just hearing him say “Ledoux” in his deep drawl is reason enough to watch by itself.

But he’s backed up by an equally fascinating partner. Hart’s bed-hopping catches up with him, leaving him begging for his wife’s forgiveness. Does Woody Harrelson’s big-chinned dick try to win our sympathy? Not really. Instead he erupts, hitting out and drinking like the unbalanced male we’re now all too familiar with. Then, he goes to work.

The two heads of steam combine to drive the pace of this episode along like a freight train. A pay-off for the slow-burn introduction, Nic Pizzolatto’s script and Cary Fukunaga’s direction now feels like it won’t stop for anything. Not for sympathy, not for back-story and certainly not for redemption. That momentum carries us right up to a stunning finale – and then straight through it. Shot in a seamless six-minute tracking shot, we track across a showdown right on Rust’s heels. It’s a amazing piece of choreography that blows your eyes clean out of their sockets; a shot of action that unfolds with immediate realism.

But equally stunning is its dramatic pay-off. We drift through the world, detached, watching the strings as they pull people to and fro. It’s a riveting taste of Cohle’s dogged mindset – where there simply isn’t a thought for going back – and a sign that True Detective, which has impressed so much already with its high quality character drama, is only just getting started. Every time you think the series has hit a ceiling, it just keeps raising the bar.

True Detective Season 1 and 2 are available on Sky Box Sets. Don’t have Sky? You can also stream it legally on NOW, for £9.99 a month, with no contract and a 7-day free trial. 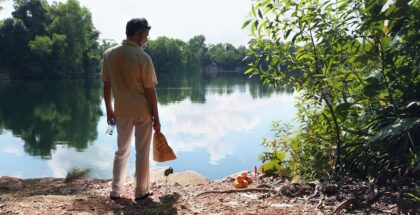 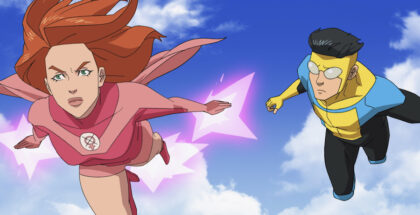 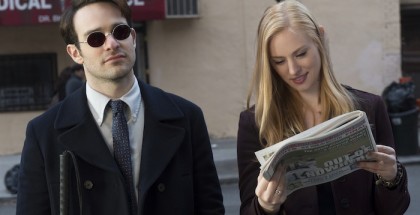 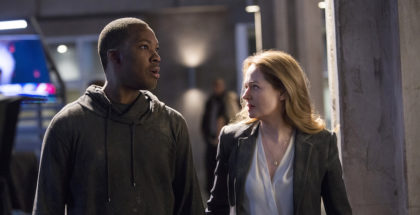