Catch up TV review: Heroes of Helmand, One Punch Killers, Great Canal Journeys | Where to watch online in UK | How to stream legally | When it is available on digital | VODzilla.co

Heroes of Helmand: The British Army’s Great Escape (All 4)

We live in an age where war has become a familiar sight on our screens. While news headlines repeatedly show us glimpses of battles from afar, video games and movies turn conflict into entertainment. Heroes of Helmand manages to sit somewhere between them, telling the untold story of a brutal siege in Afghanistan 10 years ago, when a team of British soldiers were apparaetly abandoned and left to face attack by the Taliban for 50 days.

A decade on, a few of the men of Easy Company look back at the combat with tears, while others say they wouldn’t have missed it. It’s a complex portrait of a complicated situation – the whole programme was made under the shadow of a silence imposed by the MoD, leaving the filmmakers to rely upon ex-soldiers to deliver their account of events (and their own filmed footage). While the incident involves several incredible surprises, what the documentary ultimately reveals is that the situation was decidedly unremarkable; this was low-tech, disorganised on the part of the British military and sadly fatal for some. This is war, plain and never simple.

One Punch Killers (My5)

If you punch someone and the blow kills them without meaning to, are you a murderer? It’s a question that has been hotly debated in the legal and justice system for many years, as men increasingly get into fights in Britain’s streets and, sometimes, find themselves in a completely unforeseen and tragic situation.

Channel 5 investigates the legalities of of these encounters, as well as their emotional impact upon the relatives of single-punch victims. Combining science, human interest and police interviews, the result is a rounded look at a difficult subject. While the editing and presentation occasionally veer into sensationalist territory, to keep viewers tuning in after each ad break, host Aaron Roach Bridgeman brings a genuine depth and sensitivity to each exchange.

A veteran of Sky 1’s What’s Up series, the up-and-coming presenter confidently moves between tact and sympathy and inquisitive questioning, while anchoring the whole documentary in his own experiences as a youth on the same streets. Talking to people on the street about the unintended consequences throwing a punch can have, the show highlights how sharing that knowledge could change some people’s behaviour, but while the issue remains as thorny as ever, one thing is clear: Bridgeman is a talent to watch.

Timothy West and Prunella Scales return once again for more of their televised canal journeys. A water-based travelogue featuring two veteran thesps? It’s as charming as it sounds, as the married couple wind their way through Venice on a variety of vehicles. The sunrises and sunsets across Italy’s floating town are breathtaking to see, but it’s the candid chemistry that really impresses; Pru smiles as Tim finds himself trying to do a three-point turn in a narrow waterway, looks on edge as they brave the busy lanes of the Grand Canal, while Tim quietly frets over Pru’s gradually worsening memory loss. They flirt, they tease and they occasionally kiss. For all the informative narration and postcard visuals, this is basically an hour watching an old, happily married couple drive a boat. And it’s utterly adorable. 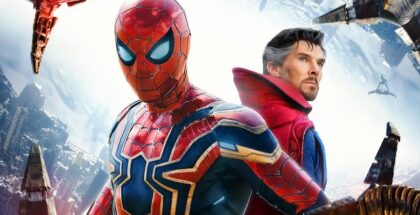