Catch TV review: Hypothetical S3, Unforgivable, Great Pottery Throw Down S4, Marcella S3 | Where to watch online in UK | How to stream legally | When it is available on digital | VODzilla.co

Josh Widdicombe and James Acaster return for their panel show, which shuns topical commentary or trivial knowledge in favour of absurd theory. Hypothetical tests comedians on their ability to deal with a series of ridiculous imagined scenarios. Each hypothetical is posed by Josh, while James’ job is to enforce the rules and score the guests’ attempts at dealing with them. There’s an element of dry, organised fun but Acaster’s presence proves irresistibly entertaining, as the format makes lots of screentime to indulge in his surreal antics – and so, while they discuss the practicalities of wearing a miner’s hat for a year, they also act out sneaking animals from a zoo, and the contestants (including returning panelists Suzi Ruffell and Tom Allen and the quick-witted Sophie Duker and always-funny Desiree Burch) are more than up for a bit of silliness. It’s no Taskmaster, but don’t hold that against it.

Mel Giedroyc is one of the nicest presenters on TV. That could all be about to change, though, as she gets a new gameshow that pits celebrities against each other to work out whose shameful acts have been the most unforgivable. The result is a cross between Would I Lie to You? and a highlights reel of Graham Norton’s juiciest interviews, so it’s only fitting that the series should kick off with Norton leading a trio of guests, including Desiree Burch and Alex Brooker. They’re all good sports, gamely dishing their own dirt with knowing grins, while Mel enjoys the chance to play shocked and straight-laced. Even when a Home Alone-inspired anecdote is admitted, or when a surgery-for-the-sake-of-politeness is recounted, she remains unflappable and playful. Lou Sanders, meanwhile, delivers outrageous recaps and commentary throughout as the show’s equivalent of Taskmaster’s Alex Horne, but and it’s Mel’s resolutely likeable presence that grounds the whole thing – even failing to take seriously the absurdly over-thought rules and scoring that claim to bring structure to the whole thing.

The Great Pottery Throw Down: Season 4 (All 4)

“I don’t know why I’m crying so much, but anyway…” That’s the sound of The Grey Pottery Throw Down returning to our screens, as judge Keith Brymer Jones continues to well up with every new piece of lovingly crafted clay he encounters. If that sounds a bit much for weekly TV watching, brush aside that cynical reaction, because Bake Off’s inedible cousin has only gotten better with each season. Hopping, like Bake Off, to Channel 4, this fourth run of slow TV’s answer to Masterchef sees 12 new potters once again competing around the kiln, with Jones joined by new judge Rich Miller, a long-time behind-the-scenes technician on the programme, and pottery specialist Rose Schmits, plus Irish actress Siobhan McSweeney, stepping into Melanie Sykes’ presenting shoes. The contestants are a familiar range, from a 20-year-old student to a 55-year-old library assistant, and the rounds are, as always, deceptively diverse, including cheese sets, 3D buildings and the bust of a musical legend. It’s the latter that proves a memorable highlight, with everyone from Dolly Parton to Ozzy Osbourne recreated in clay, and the attention to detail on their hair and faces are genuinely impressive. “The thing is Jodie, you always give us your best,” says Jones, as he begins to cry once more. Quietly mature, reassuringly low-stakes and genuinely relaxing, you can’t blame him for being moved. 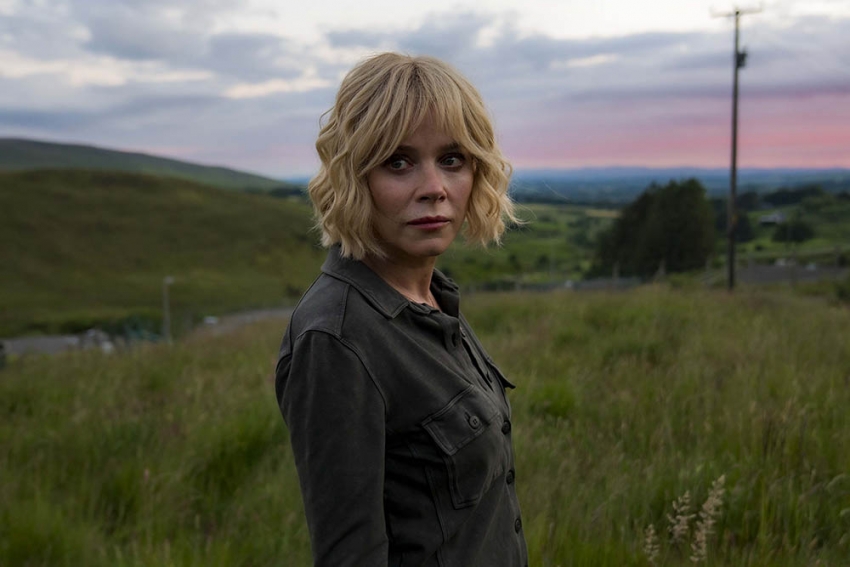 Anna Friel is never less than brilliant in this ITV crime drama, which returns for a somewhat unexpected third season. Here, she sees the never knowingly unconflicted detective leave her old life behind and go undercover as Keira, infiltrating the dangerous Maguire family. Still keeping in touch with Hugo Speer’s handler Frank Young, she’s a compelling presence to see in action, and a formidable match for Amanda Burton’s matriarch Katherine Maguire. Will Marcella’s old life catch up with her? There are no prizes for guessing the answer to that one – Ray Panthaki’s DI Rav Sangha also makes a welcome return – but Friel’s committed performance continues to make this often over-twisting drama a grim, gripping watch. You just wish that it didn’t strive to be so grimy to get our attention.