Blu-ray review: Byzantium | Where to watch online in UK | How to stream legally | When it is available on digital | VODzilla.co

Worth sinking your teeth into

Neil Jordan’s Byzantium is a curious beast. A character drama disguised as a vampire film, it’s a powerful look at a mother-daughter relationship more than it is about blood and fangs – which only gives the horror more bite. Gemma Arterton is fantastic as Clara, a buxom killer with a knack for manipulating men, a perfect contrast to the sweet Saiorse Ronan, who spends more time feeling lonely than craving the red stuff.

Jordan shoots everything with a stylish yet unflashy eye, filling the frame with grit and striking neon yellow signs: a grimy, rain-soaked Brighton that’s closer to Mike Leigh than Bram Stoker. That realistic air contrasts with the flashes of crimson, which feel all the more graphic, exploding in nightmarish visions of blood-soaked waterfalls and bat-covered cliffs.

His visuals are given an eerie melancholy by Javier Navarrete’s music – a score that twists Coventry Carol into a haunting, supernatural dirge that connects this modern seaside town to ancient gothic history.

On the disc, though, the extras are slightly less impressive. Interviews with Gemma Arterton, Saoirse Ronan and Neil Jordan are interesting, if a little shallow, while a trailer is packaged as standard.

The real meat comes in a Frightfest Cast and Crew Q&A, a 20-minute audience session from Glasgow that provides far more in-depth comments from Gemma, Saoirse and Neil, detailing how they came to the project – and why Gemma was so keen to be offered such a part.

It’s a shame, though, that the other elements of the film are not covered in more detail than Neil’s own accounts: Navarrete’s music and Sean Bobbitt’s cinematography are so stunning that behind-the-scenes chats with them would be very illuminating.

But they can be enjoyed where they matter: on the disc in high-definition. Those production values are what make Byzantium worth buying on Blu-ray. It’s a stunning piece that’s as creepy as it’s moving.

For more information on where to watch Byzantium online, read our VOD film review. 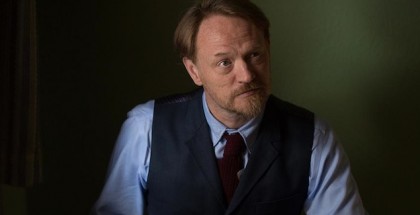