VOD film review: Made in Italy | Where to watch online in UK | How to stream legally | When it is available on digital | VODzilla.co

VOD film review: Made in Italy 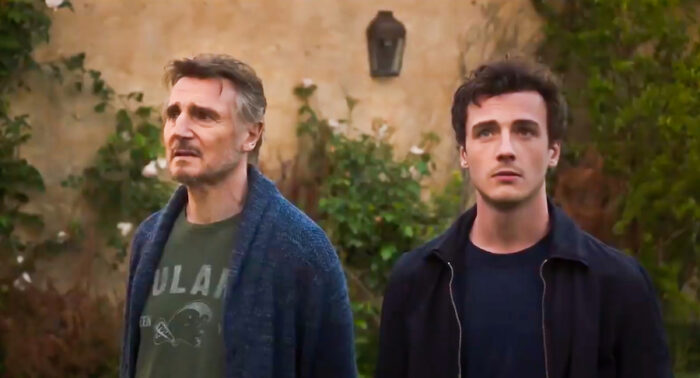 “The house has been empty for 20 years.” “You can’t remember her. And I can’t forget.” “It’s like you literally locked up all of my memories.” These are all lines of dialogue actually spoken by Liam Neeson and his real life son, Micheál Richardson, in Made in Italy. The pair play a widowed artist and his estranged son, who reunite to sell their family home in Tuscany – an abandoned property that needs some love and maintenance before providing a new life to new people. Can you say “metaphor”? Made in Italy can.

Neeson is Robert, a painter who no longer finds the inspiration to paint after his wife died in a car accident. Richardson is Jack, an art gallery owner who is going through a nasty divorce and needs the money to buy the business from his soon-to-be-ex wife. Together, they try to give the dust-filled, animal-ridden country estate a fresh lick of paint, all the while getting to know Natalie (Valeria Bilello), a local restauranteur who takes a shine to Jack.

A lot of the film’s interest stems from its leading male duo, whose own off-screen experience of loss resonates with their characters. They bring a nuance and heart to their interactions, with a convincing chemistry that finds humour in disagreements and a relaxed trust in each other – a scene in which they attempt to impress Natalie with a shop-bought ragu is warmly amusing, with Richardson on charming form and Neeson delivering earthy deadpan with a surprisingly light touch. Together with Lindsay Duncan as an acerbic estate agent, they make for a likeable, entertaining ensemble.

Unfortunately, though, the cast are given a humdinger of a script, which struggles to find much subtlety amid its heavy-handed metaphors. Robert’s grief-fuelled painting adorns a wall and can’t be covered up, while rodents keep popping up in the cupboards like skeletons in the closet – incredibly, they don’t discover any geese, because the dialogue honks all over the place.

It’s a surprise, given that this is the directing and screenwriter debut of Agent Carter star James D’Arcy, for whom this is presumably a passion project. But while the Italian countryside offers handsome escapism, the predictable plot takes us nowhere new. Instead, we’re left admiring a fixer-upper that never reaches its potential, even when glimpses of it shine through the dust. “I wouldn’t go in the bathroom if I were you, there’s a large weasel in the bathroom,” warns Neeson at one point. “That’s not a euphemism.”

Made in Italy is available to watch online on Amazon Prime Video as part of a Prime membership or a £5.99 monthly subscription.

Where can I buy or rent Made in Italy online in the UK? 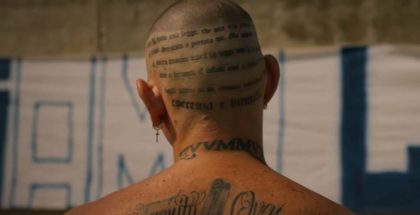 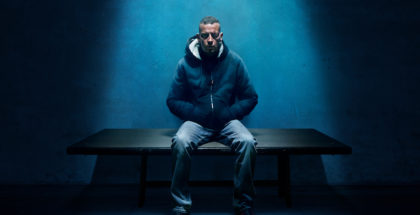