VOD film review: Paranorman | Where to watch online in UK | How to stream legally | VODzilla.co

This wonderfully dark horror comedy has heart, scares and spectacle for kids and adult alike.

Pale skin. Lack of self esteem. Unruly hair. Nightmares. That’s what you get when you mix kids and dead people. And, sometimes, Bruce Willis. But ParaNorman takes all that and gives it a fresh stop-motion spin. Slapstick, wordplay and gore galore, it’s The Sixth Sense: Part Deux! And the best news for the young’uns in the audience? There’s not a Bruce Willis in sight.

That’s right: this is a horror comedy aimed at children. Norman (Smit-McPhee) sees dead people. But rather than see a ghostly shrink about it, he tells everyone at school. The result? The others bully him. The town mocks him. Even his family try to disown him – apart from his uncle (John Goodman), but he’s crazy, drunk and lives in a shed in the forest, so he doesn’t really count.

But one day, his hobo relative appears in the toilet – yes, you read that correctly – to warn Norman of an evil witch’s curse that will bring the dead back to life. And, of course, Norman is the only one who can stop them.

It’s a surprisingly novel premise from the makers of Coraline. But what’s more impressive is just how unique it feels. Dead marionettes are the territory of Tim Burton and Henry Selick, but with its nods to The Exorcist & a Thanksgiving-style mythology ParaNorman has a voice that’s all its own – testament to the strength of its script by co-director Chris Butler.

You see, this is not merely a kids’ animated film about zombies; it’s a horror movie first and a comedy second. It just happens to have a young target audience. There are bursts of silly physical laughs (who knew a corpse could lick a human?), bouts of silly puns and, most amazing of all, genuine characters. Kodi Smit-McPhee’s outsider is adorable, Anna Kendrick as his older sister is wonderfully selfish and a late reveal about best friend Neil is refreshing stuff from a PG.

As for the horror, the undead armatures are actually creepy, aided by Jon Brion’s spooky score, while directors Butler and Fell cram in as many nods to genre classics as possible. It’s almost worth seeing for the production value alone; the art design is properly inventive, from the detailed costumes and gorgeous outdoor sets to the bedroom walls plastered in old horror movie posters. The use of CGI combines with the puppets to form a finale with all the heart and spectacle of Coraline.

It may not have the British wit of Terry Pratchett’s Johnny and the Dead, and some stabs at humour are a little too broad, but Paranorman gets kids and grown-ups alike laughing at dead people. And that’s better therapy than Bruce Willis ever managed.

ParaNorman is available on Sky Cinema. Don’t have Sky? You can also stream it on NOW, as part of an £11.99 NOW Cinema Membership subscription. For the latest Sky TV packages and prices, click the button below.

Where can I buy or rent ParaNorman online in the UK? 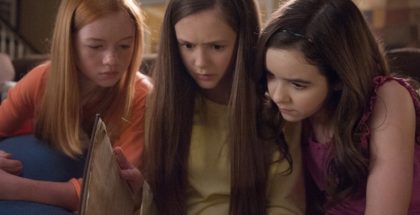