VOD film review: Alien 3 | Where to watch online in UK | How to stream legally | When it is available on digital | VODzilla.co

Alien 3: An underrated tale of religion and redemption

David Fincher's underrated sequel is a brooding tale of religion and redemption.

“Take off. I’ve got to re-educate some of the brothers.”

That’s pastor Dillon (Charles S. Dutton) in Alien, talking about the inmates of penal colony Fiorina Fury 161. But he might as well be speaking to everyone in the audience, because years after its dismal reception back in 1992, Alien 3 is a film that deserves re-evaluation. It’s a maligned attempt at something different and one of the most underrated sequels in cinema history.

From its opening minutes, it’s clear that this isn’t the Alien sequel that fans (or 20th Century Fox) were looking for. Hicks and Newt, the surrogate family so optimistically assembled by James Cameron’s Aliens, are dispatched without hesitation, the latter only given screentime in a grisly autopsy scene, and Ripley is left on her own. Well, almost: the Sulaco crashes on the prison planet, where the convicts live an isolated existence, one that’s driven most of them to form a fanatical religious cloister. With their shaved heads and no-frills life, they’re monks in all but name – and prisoners of belief as much as the law.

If all this sounds rather bleak, that’s an understatement. After the gun-toting excitement of Aliens, Alien 3 dumps our heroine on a remote world with no friends, where dogs aren’t safe, children are chopped up and death is guaranteed. If the grey ceilings and closed-in concrete walls aren’t grim enough, within the first act, Ripley is subject to attempted rape at the hands of those prisoners in need of some teaching. A blockbuster, this ain’t.

That unrelenting, depressing tone is one of the main problems that people have with the third Alien film. But it doesn’t take too long to find the source of that strikingly dark mood: this, after all, is the directorial debut of David Fincher. Fincher had a famously uphill struggle to make the movie, with a host of different scripts, even more screenwriters and a couple of directors all involved before it fell at his feet. When production began, the screenplay was still being reworked and by the time it finished, the studio tinkered, cut and changed the story anyway. When the Alien Quadrilogy was released as a special box set, the directors of each entry were asked to contribute new cuts. Fincher was the only one to refuse. And so the film was re-edited by a producer using his notes as reference. This “assembly cut” (the Special Edition version of the film) is the closest thing we’ll ever have to the sequel Fincher intended to make – and, more than 20 years after its release, this Frankenstein’s monster-esque patchwork of the project emerges as a tragically misunderstood beast.

With so many drafts, ideas and origins floating around (the story came from Vincent Ward, once attached the project), Fincher’s voice is, somewhat perversely, the thing that shines through the most, as he crafts a horror movie that’s not meant to be lightweight amusement, but something dark and challenging. It’s not hard to see the fingerprints of the man behind Se7en or Fight Club all over the surfaces he has left behind: just you try to repackage Fincher as anything else. Pathos and provocation, then, are the order of the day, rather than action and adrenaline. The Christian element isn’t just an afterthought, as it appeared in the original theatrical cut: it’s the heart of the film’s brooding meditation on faith and religion.

A mining facility with no connection to the outside world, Ripley’s arrival marks a major milestone in the prisoners’ sentences: the first time any of them have seen a woman in years. It’s easy to follow a religious doctrine without fruit on tantalising display. Ripley, then, signals the birth of temptation in their devout temple – not to mention the birth of a new kind of Xenomorph.

Is this some kind of Eden, a remote garden without sin disrupted by the sudden presence of a serpent? It is a purgatory, as the prisoners await their eventual fate while trying to do good? Is it the Book of Revelations, boiled down to its harshest, barest elements, as the prisoners refer to the Xenomorph as a “dragon” and ultimately try to destroy it in the molten fire of the metalworks?

The answer is a bold, engrossing blend of all the above: a literal melting pot of complex ideas, conflicting theologies and a whole history of depraved, disgusting, psychosexualised extraterrestrials. This is the meanest, nastiest entry in the franchise yet – and that’s saying something.

The bleakness doesn’t just apply to the backdrop, but permeates every pore of the movie, diving into the fatalistic existence of men who are destined only to escape their sentences through death – and wallowing in the nihilistic meaningless that knowledge creates. In the face of that, they adopt a pacifist set of morals, but there’s no proof that it really achieves anything: when an alien arrives (Ripley, as ever, is as much the trespassing outsider as the Xenomorph she ends up carrying in her stomach), they seem to abandon such principles, swearing more and becoming more violent. Apocalypse is now – and whether they stick to their spiritual guns or not, who cares? The end of the world is nigh. No wonder everyone’s so miserable.

In another story, the appearance of life from another planet might well spark an altogether different theological debate, as they ponder the meaning of life and where it comes from. That, indeed, is the baton that Ridley Scott ultimately runs with in Prometheus, fusing the notions of gods, messiahs and engineers into a wider web of creationism and vengeful destruction. But Alien 3’s script seems to sow the seeds for that eventual underlying concept. Prometheus takes place at Christmas. Here, we have an ox. And, technically speaking, a virgin birth. The perverse twist? It’s the ox that’s popping out the baby.

That’s one of the changes in the assembly cut: the birth sequence of the alien from the ox’s belly, which is intercut with the brothers saying a prayer of farewell, as the bodies of Hicks and Newt are interred in the inferno below the planet’s surface. The characters of the prisoners, too, are more developed, from the fire-and-brimstone leader of Dillon and Pete Postlethwaite’s still-underused (even in the extended version) inmate to Brian Glover’s enjoyably clueless Warden Andrews and the Judas traitor of Golic (erstwhile Doctor Who Paul McGann). Charles Dance makes a chilling impression as the prison’s doctor, who becomes the closest man to Ripley (physically, at least) in the whole franchise.

Sigourney Weaver, as ever, is excellent, but this Ellen cuts a worn-down, pale figure – someone who’s had five decades of her life taken from her, and then had the family she found to replace those lost years stolen too. She was a resilient survivor who fought through trauma to become a born-again mother, only to become a literal mother in hyper-sleep aboard the Sulaco – the most unsettling perversion of the series’ cycle of nature to date. “You’ve been in my life so long, I can’t remember anything else,” she says to the Xenomorph at one point – and there’s an almost religious aspect to the way she has devoted her life to combatting this eternal force. She finds a kindred spirit, then, in Dillon’s selflessness, as he’s willing to step up and give his life to stop this demon – and, more specifically, stop the Weyland corporation from taking it back to the Earth, where it would surely wipe out humanity.

“You’re all gonna die. The only question is how you check out,” he spits at the other men, rousing them to a spirited finale. “Do you want it on your feet? Or on your fucking knees… begging?”

After the additional time spent with the prisoners, the climactic sequence of Alien 3 genuinely does grip. The monster design is more stripped down, with no pipes on the Alien’s back and a tendency to move on all fours – a consequence of the heavily troubled production process that can be handily explained away by its oxen origins. Fincher, meanwhile, makes the smart choice to adopt the Alien’s perspective for the first time, as the camera sprints down corridors and through shutting doors to chase down its prey (also handily hiding any distracting effects work).

Waiting at the end of the warren is Ripley. Having made it through Eden, purgatory and Revelations, she’s the ultimate Final Girl – and she embraces that destiny and uses it against the monster that has plagued her with a Biblical fury. Its death doesn’t happen in the fiery bosom of the mine’s molten lead, but in the baptism of water afterwards – a sudden cooling that causes the demon to crack and explode. It’s here that Fincher doubles down on the religious symbolism, as Ripley dives into the fire to kill herself and the alien within her. As she sacrifices herself, the sun rises – and composer Eliot Goldenthal, who accompanies the ominous opening with choir voices (another franchise first), finally gives us the complete, harmonic chords we’ve been waiting for over three films of uneasy soundtracks: his closing Adagio is a warm piece of hope and resolution. In the extended cut, the moment’s given added closure by the fact that the alien doesn’t erupt from Ripley’s chest, as she falls through the air in a Christ-like post: there’s no resurrection from this. Well, not for several years anyway.

The result is an experience that, in 2017, deserves revisiting, if not completely re-evaluating as the third (or fourth, depending on how you feel about Prometheus) best Alien film in the saga. It’s a misunderstood, underrated sequel that brings something genuinely new and different to a franchise that succeeds because of exactly that: apart from the Mission: Impossible films, it’s hard to think of such a director-led series, one that gives each filmmaker the chance to reinvent and reimagine the horror’s DNA into any genre of their choosing. After Scott and Cameron, Fincher has gone on to become precisely the kind of auteur that initially gave birth to the Alien franchise’s reputation. He’s washed his hands of the whole thing, but there’s something oddly rewarding in the way this unholy mess helped instill the now famously unwavering vision in the uncompromising director. Death may be inevitable, Alien 3 suggests, and belief may be redundant, but redemption can still be possible. It just takes a bit of re-educating. 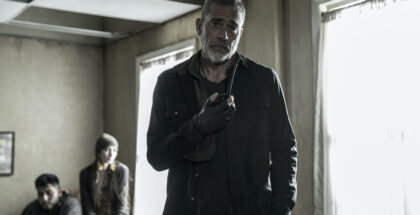