"Art can bring about change": Cast and crew talk The Laundromat at Venice Film Festival | Where to watch online in UK | How to stream legally | When it is available on digital | VODzilla.co

“Art can bring about change”: Cast and crew talk The Laundromat at Venice Film Festival 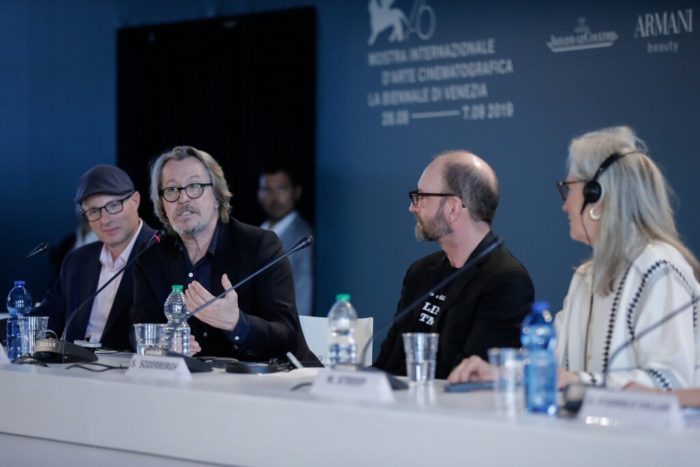 This weekend sees the world premiere of Steven Soderbergh’s new movie, The Laundromat, and the cast and crew were at the Venice Film Festival to talk about the topical film.

It boasts a typically starry cast, led by Meryl Streep, Gary Oldman and Antonio Banderas. Streep plays Ellen Martin, who, when her idyllic vacation takes an unthinkable turn, begins investigating a fake insurance policy, only to find herself down a rabbit hole of questionable dealings that can be linked to a Panama City law firm and its vested interest in helping the world’s wealthiest citizens amass even larger fortunes. The charming — and very well-dressed — founding partners Jürgen Mossack (Oldman) and Ramón Fonseca (Banderas) are experts in the seductive ways shell companies and offshore accounts help the rich and powerful prosper. They show us that Ellen’s predicament only hints at the tax evasion, bribery and other illicit absurdities that the super wealthy indulge in to support the world’s corrupt financial system.

Zipping through a kaleidoscope of detours in China, Mexico, Africa (via Los Angeles) and the Caribbean, The Laundromat is written by Scott Z. Burns (The Informant!) and based on Secrecy World by Pulitzer Prize-winning investigative reporter Jake Bernstein.

The movie is a dark comedy, something that Soderbergh and Burns told the Venice press conference was their aim from the off: “Otherwise, people would feel they were being educated instead of entertained,” said Soderbergh.

The importance, though, is still at the forefront of everyone’s minds, with Streep noting: “This movie is fun and it’s funny, but it’s really, really, really important… We’re living in a moment when the news cycle is racing and we are racing to keep up with current events. This is a funny way to tell a black-hearted joke, a joke that’s been played on all of us. It is a crime not without victims and the victims, many of them are journalists. The reason the Panama Papers were exported out to the world was the work of journalists. People died because of this.”

“Along with climate change, this kind of corruption we’re discussing is the defining issue of this moment,” added Soderbergh.

The movie being a Netflix original is a key part of impementing this change, noted Oldman: “When you’ve got something this serious you want to get that out to as many people. Back in the day, you might have made a remarkable little movie that no one saw. Can art bring about change? Yes, if people see it.”

The Laundromat is available in select UK cinemas from 27th September and on Netflix worldwide from 18th October. Read our review here.

Venice 2019: The New Pope “addresses people’s cravings for something spiritual” 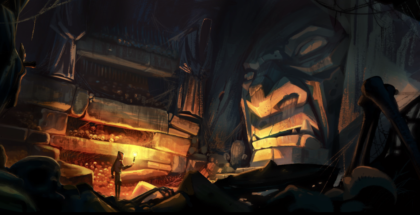