Mobile video advertising doubles despite YouTube concerns | VODzilla.co | Where to watch online in UK | How to stream

The amount spent on mobile video advertising has doubled in the last year, despite ongoing debate about inappropriate content on YouTube.

This is despite many brands, including the government, temporarily suspending advertising on YouTube, as the online giant tries to tighten controls on where ads appear, to prevent them running against inappropriate videos.

Indeed, mobile video advertising is likely to continue rising in the future, once concerns are eased by YouTube’s efforts to crack down on extremist and other content. This is primarily driven by the sheer rise in mobile usage among Brits: according to YouGov data, in the last six months, 54 per cent of British smartphone users have watched video clips on their phone, with two-in-five of these saying they do more of this than a year ago. A significant number have also watched TV programmes (17 per cent) and films (11 per cent) on their smartphones. This behaviour is much more prevalent among 18-24 year olds, with 75 per cent watching short clips, 44 per cent watching TV and 33 per cent watching films on mobiles.

“Reaching the £10 billion threshold has been made possible by brands breaking the mould, trying innovative formats and making the most of video to reach and amaze people,” says IAB UK’s Chief Marketing Officer, James Chandler.

Sebastien Bardin, Sony Mobile’s European senior digital marketing manager, comments: “Online video is becoming a bigger priority, providing an impactful and cost-effective incremental reach. In particular, outstream video is great for engaging with our target audience in premium, trusted and viewable environments without disrupting their media consumption or being too intrusive.”

“It’s impossible to ignore the issues the industry is facing at the moment,” adds Chandler, “but digital never stands still and these figures are testament to the long term strength and power of digital.”

YouTube is introducing new channel checks in response to a growing boycott from advertisers, following concerns about extremist content.

Advertising has been a core part of YouTube’s platform for years, helping to drive revenue for the site and also provide a way for creators and vloggers to earn an income – a vital factor in encouraging and retaining users. However, in recent months, advertisers have been boycotting the site, following concerns from some companies that their advertising is being used to fund extremist content.

Programmatic advertising systems have been called out by brands such as The Guardian, with Google’s DoubleClick platform resulting in the automated positioning of adverts against videos regardless of content. That means that harmful or inappropriate videos can be seen as being supported by brands, while extremist or other material also receives funding. Companies such as Coca-Cola have seen adverts appear next to racist, anti-Semitic or terrorist videos.

“We accept that we don’t always get it right, and that sometimes, ads appear where they should not. We’re committed to doing better, and will make changes to our policies and brand controls for advertisers,” YouTube told the newspaper last month.

The government has also pulled its advertising from YouTube, with taxpayer adverts found by The Times to be appearing by extremist content. The government said that their temporary suspension of advertising activity was “pending reassurances from Google that Government messages can be delivered in a safe and appropriate way”.

With Fortune reporting that the boycott could cost Google up to $750 million in lost revenue, the New York Times says that the online giant is now training its computers to recognise context to control its advertising placement more effectively.

YouTube has also announced that it will suspense any advertising from channels that have fewer than 10,000 views. Once they pass that threshold, they will then evaluate the channel’s content to determine whether it is suitable for inclusion in the YouTube Partner Program. The measure is designed to crack down on fake channels and other issues, such as pirated content.

“This new threshold gives us enough information to determine the validity of a channel. It also allows us to confirm if a channel is following our community guidelines and advertiser policies. By keeping the threshold to 10k views, we also ensure that there will be minimal impact on our aspiring creators. And, of course, any revenue earned on channels with under 10k views up until today will not be impacted,” said Ariel Bardin, VP of Product Management, in a blog post.

“We’ll also be adding a review process for new creators who apply to be in the YouTube Partner Program. After a creator hits 10k lifetime views on their channel, we’ll review their activity against our policies. If everything looks good, we’ll bring this channel into YPP and begin serving ads against their content. Together these new thresholds will help ensure revenue only flows to creators who are playing by the rules.”

YouTube live-streaming is coming to the PS4... September 3, 2015 | Staff Reporter 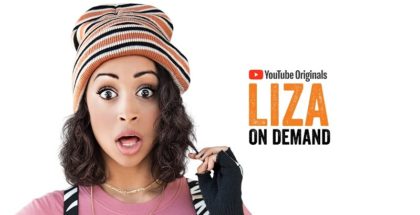