Where you can see The Boy Who Harnessed the Wind in UK cinemas | VODzilla.co | Where to watch online in UK | How to stream

This weekend sees the UK release of Chiwetel Ejiofor’s directorial debut, The Boy Who Harnessed the Wind.

Adapted from the bestselling book by William Kamkwamba and Bryan Mealer, The Boy Who Harnessed the Wind follows 13-year-old William Kamkwamba (newcomer Maxwell Simba) who is thrown out of the school he loves when his family can no longer afford the fees. Sneaking back into the school library, he finds a way, using the bones of the bicycle belonging to his father Trywell (Chiwetel Ejiofor), to build a windmill which then saves his Malawian village from famine. The emotional journey of a father and his exceptional son at its heart, William’s tale captures the incredible determination of a boy whose inquisitive mind overcame every obstacle in his path.

The British film was adapted for the screen by Ejiofor, with the film receiving backing in development and production from the BFI (through National Lottery funding) and BBC Films with Head Gear, Metrol Technology and LipSync, in partnership with Participant Media. Potboiler Productions’ Andrea Calderwood and Gail Egan are producers, with Joe Oppenheimer, Rose Garnett, Natascha Wharton, Jeff Skoll, Jonathan King, Phil Hunt, Compton Ross, Peter Hampden and Norman Merry on board as exec-producers.

“This inspiring low-key tale of a young engineer in Malawi is a winning directorial debut from Chiwetel Ejiofor,” we wrote in our review of the film.

Simba and Ejiofor are joined in front of the camera by Aïssa Maïga (Anything for Alice), Lily Banda, Lemogang Tsipa (Eye in the Sky), Philbert Falakeza, Joseph Marcell (The Fresh Prince of Bel-Air) and Noma Dumezweni (Harry Potter and the Cursed Child).

Ejiofor comments: “William’s story represents, what has to be, the future in countries like Malawi: developing countries, overflowing with beauty and harboring enormous potential. A global story, such as this, requires a global platform and I’m thrilled to be working with Netflix on bringing William’s extraordinary tale of determination and inventiveness to audiences worldwide.”

The movie is purpotedly released in UK cinemas by Netflix from Friday 22nd February, although can currently be found in only one cinema: Curzon Soho in London.

The streaming giant has recently come under fire for its limited cinema release strategy, which is essentially restricted to Curzon venues – as an exhibitor and a distributor, the cinema operator (which has its own streaming service) is a natural fit for day-and-date distribution, while bigger multiplex chains, such as Vue, refuse to screen Netflix titles because they don’t abide by the traditional theatrical window of 12 weeks.

Other indie venues across the country, though, have called for Netflix to partner with them too, giving film fans keen to see things on the big screen more options. For Outlaw King, Netflix expanded its range to Scotland’s Glasgow Film Theatre and Edinburgh Filmhouse and partnered with them again for Roma, along with Ireland’s Dublin Lighthouse and Galway Palas. The Boy Who Harnessed the Wind, though, is currently only screening in the one Curzon venue – stay tuned to this page for news on whether and when it will expand to other screens within Curzon’s chain or at other exhibitors.

You can view times and book tickets at Curzon Cinemas here. Otherwise, you can stream the film worldwide on Netflix from Friday 1st March.

The Boy Who Harnessed the Wind is available on Netflix UK, as part of an £8.99 monthly subscription.

Netflix UK film review: The Boy Who Harnessed the Wind 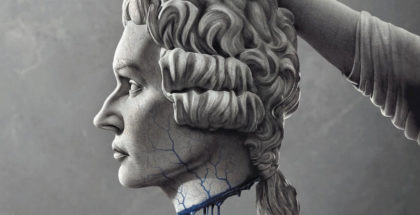