Westworld Season 2 has "controversial plan" to beat fan theories | VODzilla.co | Where to watch online in UK

The creators of Westworld Season 2 have a “controversial plan” in place to beat fan theories.

HBO’s sci-fi epic, which returns this April, is based on the Michael Crichton film of the same name, and is set in a Western-themed theme park that is populated by androids that ultimately malfunction and begin to rebel. Proving one of the smash hits of 2016, fans have been waiting a long time for the show’s second season, with a Comic-Con trailer teasing a violent revolt on a grand scale. Until then, what else is there to do other than speculate about what’s in store?

Speculation was a huge part of the first season, as communities sprung up on Reddit to pose fan theories about where the series’ twisting plots might go. This time, though, co-creators Jonathan Nolan and Lisa Joy are prepared for the fan scrunitising.

The two creators joined the cast, including Evan Rachel Wood, Thandie Newton, Jeffrey Wright, and James Marsden, at SXSW for a panel Q&A and a new video this week. Speaking at the event, Nolan said: “True Detective had a lot of fan theories that proved to be theories. There are lot of theories about Westworld’s first season that proved to be plot twists. I think for every fan theory, we actually had an episode that dealt with it.”

“We’re figuring out how to sort of interact with that in the second season,” he added. “A somewhat controversial plan that we’re working on; we’ll have an announcement about it in a couple weeks.”

“It’s incredibly gratifying to see people put that much work — not just into deciphering the season, but the fan art and music,” he continued. “The creativity you see coming back at you when you’re making one of these things is extraordinary.”

The teaser gave the festival audience a glimpse of the much-anticipated Shogun World, the second of the show’s theme parks. But while many look ahead at what’s in store, Nolan also hinted there were still “tons of stuff” that fans had missed in Season 1.

Wright added that he re-watched the pilot after shooting wrapped on Season 2.

“There are a lot of clues,” added Wood, who reportedly said that the first episode foreshadows events to come in Season 2.

Season 2 of Westworld will premiere on 22nd April and will be simulcast in the UK on Sky Atlantic – or, for those without Sky, on NOW TV, as part of a £7.99 monthly Entertainment Pass, with no contract. Going back to re-watch Season 2 to spot new clues? The good news is that Season 1 is now back on Sky Box Sets and NOW TV. Read our reviews of each episode here, see our up-to-date guide on where to watch Westworld online in the UK, or hit the button below to start watching. 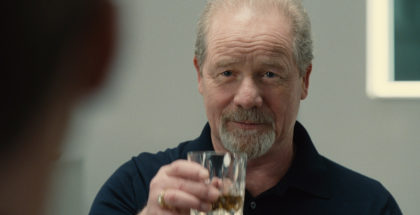