UKTV appoints new CCO to accelerate VOD growth | Where to watch online in UK | How to stream legally | When it is available on digital | VODzilla.co 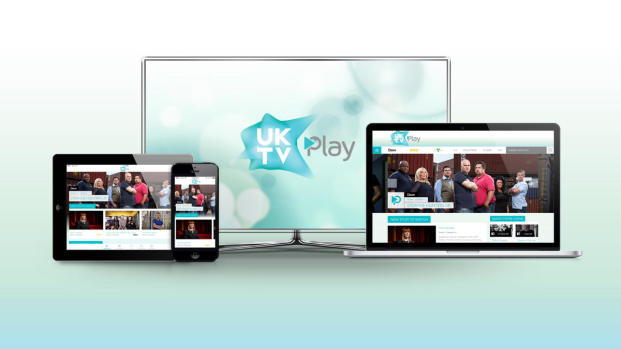 UKTV has appointed Simon Michaelides as Chief Commercial Officer (CCO) to help accelerate the commercial impact of the network’s VOD services, including its own offering, UKTV Play.

Sitting on the Executive Board and reporting to the Chief Executive, Simon will head up a newly expanded team responsible for UKTV’s commercial strategy and implementation, with accountability for all linear and non-linear pay TV platforms, UKTV’s Video on Demand (VOD) businesses, international programme sales, new business development, and all external commercial relationships.

Starting with immediate effect, Simon’s role is to “set UKTV up for success in the next phase of its growth”, by building enduring partnerships and focusing on adding long-term value to the business.

Simon will champion UKTV’s strong growth in the market, and lead an expanded team of future-facing specialists. Digital strategy expert, former Director of Digital for Ireland’s TV3 Group, Jill O’Brien, has been hired as UKTV’s Commercial Director. Two new Heads of Distribution are currently being recruited. And to support the rapid growth of UKTV Play, Emma Boston has been appointed as General Manager for VOD. Meredith Coral’s role has been extended to include international programme sales, alongside new business innovation.

Darren Childs, UKTV CEO, says: “Simon’s strategic approach to brand and content marketing has driven awareness of UKTV’s channels and its programmes; helping position us as the third largest commercial broadcaster in Britain. His knowledge of our business and marketplace, and his relationships with our highly-valued affiliate partners, positions him perfectly to lead our expert commercial team, which is being expanded to support UKTV’s further growth.”

Simon adds: “I’m delighted and honoured to take on the commercial responsibilities at UKTV as CCO. It marks an exciting inflection point in the life of the company: after five consecutive years of market defying growth, it’s about step-changing our commercial approach to consolidate the gains we’ve made and build for the future; cementing partnerships new and old, and innovating to maintain a winning formula in an increasingly unpredictable market.”

Today the company has also announced the promotion of Zoe Clapp to Chief Marketing and Communications Officer. She is tasked with leading an 85-strong team, and working closely with Controller, Emma Tennant to grow the viewership and reputation of UKTV’s network of award-winning brands. In addition to her prior remit overseeing Communications, she will also take responsibility for UKTV’s Creative, Digital, Marketing and Media departments.

As CMO, Zoë will oversee UKTV’s in-house high-tech production facility, managed by post-production house The Farm, which creates over 2,500 on-air promos and 700 pieces of navigational content a year. She will also be accountable for agency relationships with Edelman, Joint, Mmmultiply and Rocket (Omnicom Media Group).

The announcement arrives as UKTV celebrates its most successful year, with record viewing share reaching 5.27 per cent, and year-end share of commercial impacts hitting 9.31 per cent, beating Channel 5’s portfolio and all of Sky’s wholly owned channels for the first time.