Sean Astin, Paul Reiser join Stranger Things Season 2 | Where to watch online in UK | How to stream legally | When it is available on digital | VODzilla.co

Netflix’s supernatural drama, which became the unexpected hit of the summer, made no secret of its period influences, from Alien to The Goonies. Now, it’s got itself two icons of each: Astin, of course, played Mikey Walsh in the kids classic, while Paul Reiser was the villainous Burke in James Cameron’s sci-fi sequel.

Could that be a hint as to who Reiser will play? EW reports that he will play Dr. Owens, “a high-ranking member within the Department of Energy on a ‘clean-up’ assignment, tasked with containing the events of last year”.

They have both signed alongside another new cast member: Linnea Berthelsen as Roman, who is “an emotionally damaged, magnetic young woman who suffered a great loss as a child. Although she does not live in Hawkins, she is mysteriously connected to the supernatural events at the lab.”

Production has officially started on Stranger Things Season 2 -and to celebrate, the show has officially released its first picture of the cast. And, rather fittingly, it did so upside down.

The much-anticipated follow-up to Netflix’s summer smash hit has been busy lining up both new and old faces. Last month, Sadie Sink was cast in the role of Max, a tough and confident girl whose appearance, behaviour and pursuits seem more typical of boys than of girls in this era, and Dacre Montgomery was cast as her confident, violent, unpredictable older step-brother, Billy.

Now, we’ve got our first look at both as part of the show’s wider ensemble, which includes Finn Wolfhard, Gaten Matarazzo, Caleb McLaughlin, Natalia Dyer, Charlie Heaton, Joe Keery, and Noah Schnapp. The question everyone wants to know, of course, is whether Millie Bobby Brown’s Eleven will return – and, following reports from TV Line that unofficial sources said she will reprise her role, this photo seems to confirm it, with Brown appearing alongside her younger co-stars. (While they’re not in the picture, adult co-stars Winona Ryder and David Harbour will also return as Joyce, the mother of Will Byers, who went missing in Season 1.) 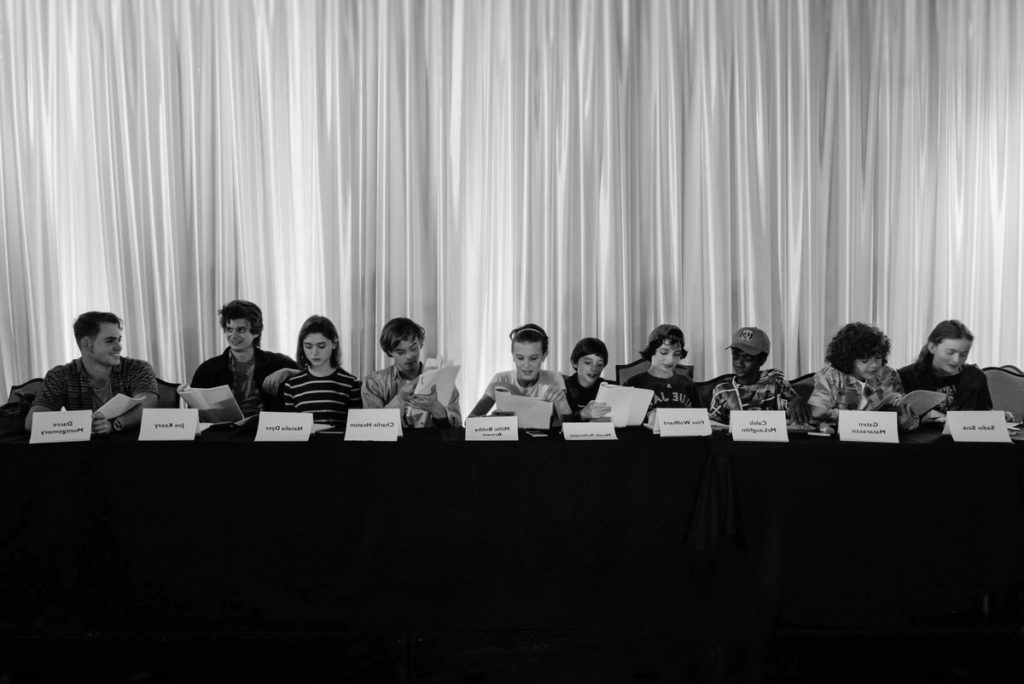 Season 2 will pick up events later on in the Stranger Things-verse, exploring the “bigger mythology” behind what happened to Byers. Co-creators The Duffer Brothers have said that they will also follow-up on Barb’s (Shannon Purser) storyline, although her absence from the photo suggests she will not actually appear.

For more on what we know about Season 2 of Stranger Things, click here.

Stranger Things is wasting no time in finding its cast for Season 2, with two new series regulars added to the ensemble this week.

Sadie Sink has been cast in the role of Max, a tough and confident girl whose appearance, behavior and pursuits seem more typical of boys than of girls in this era. She has a complicated history and is generally suspicious of those around her.

Dacre Montgomery has also been cast as Max’s hyper-confident, edgy older step-brother, Billy. He steals girlfriends away from their boyfriends, is great at drinking games, and drives a black Camaro. But lurking under his apparent charisma is a violent and unpredictable nature.

Sadie Sink began her acting career on stage, with the Broadway revival of Annie and a turn opposite Helen Mirren in The Audience. TV viewers may recognise her from NBC’s American Odyssey, Netflix’s Unbreakable Kimmy Schmidt, Blue Bloods or The Americans.

A young actor out of Australia, Dacre recently wrapped on Lionsgate’s Power Rangers reboot, with Dacre playing the leader, the Red Power Ranger.

Here’s what we know about Stranger Things Season 2 so far. 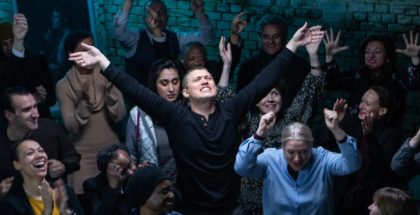