Trailer: Ewan McGregor stars in Netflix's Halston | Where to watch online in UK | How to stream legally | When it is available on digital | VODzilla.co

Ewan McGregor is Halston in Netflix’s new biopic about the iconic fashion designer – and a new trailer gives us a first look at him in action.

The drama follows Roy Halston Frowick as he leverages his single, invented name into a worldwide fashion empire that’s synonymous with luxury, sex, status and fame, literally defining the era he lives in, 70s and 80s New York — until a hostile takeover forces him to battle for control of his most precious asset… the name Halston itself.

The series premieres on Friday 14th May. Here’s the gorgeous trailer:

Halston: Season 1 is available on Netflix UK, as part of an £9.99 monthly subscription.

Ewan McGregor is playing fashion designer Roy Halston Frowick in new Netflix biopic Halston, arriving this May – and new images give us a first look at the series.

The series follows the legendary fashion designer (Ewan McGregor), as he leverages his single, invented name into a worldwide fashion empire that’s synonymous with luxury, sex, status and fame, literally defining the era he lives in, 70s and 80s New York — until a hostile takeover forces him to battle for control of his most precious asset… the name Halston itself.

The show co-stars Krysta Rodriguez as Liza Minnelli, Rory Culkin as Joel Schumacher, Rebecca Dayan as Elsa Peretti, David Pittu as Joe Eula and Gian Franco Rodriguez as Victor Hugo at Studio 54. You can see them in action on 14th May. Until then, here are the images: 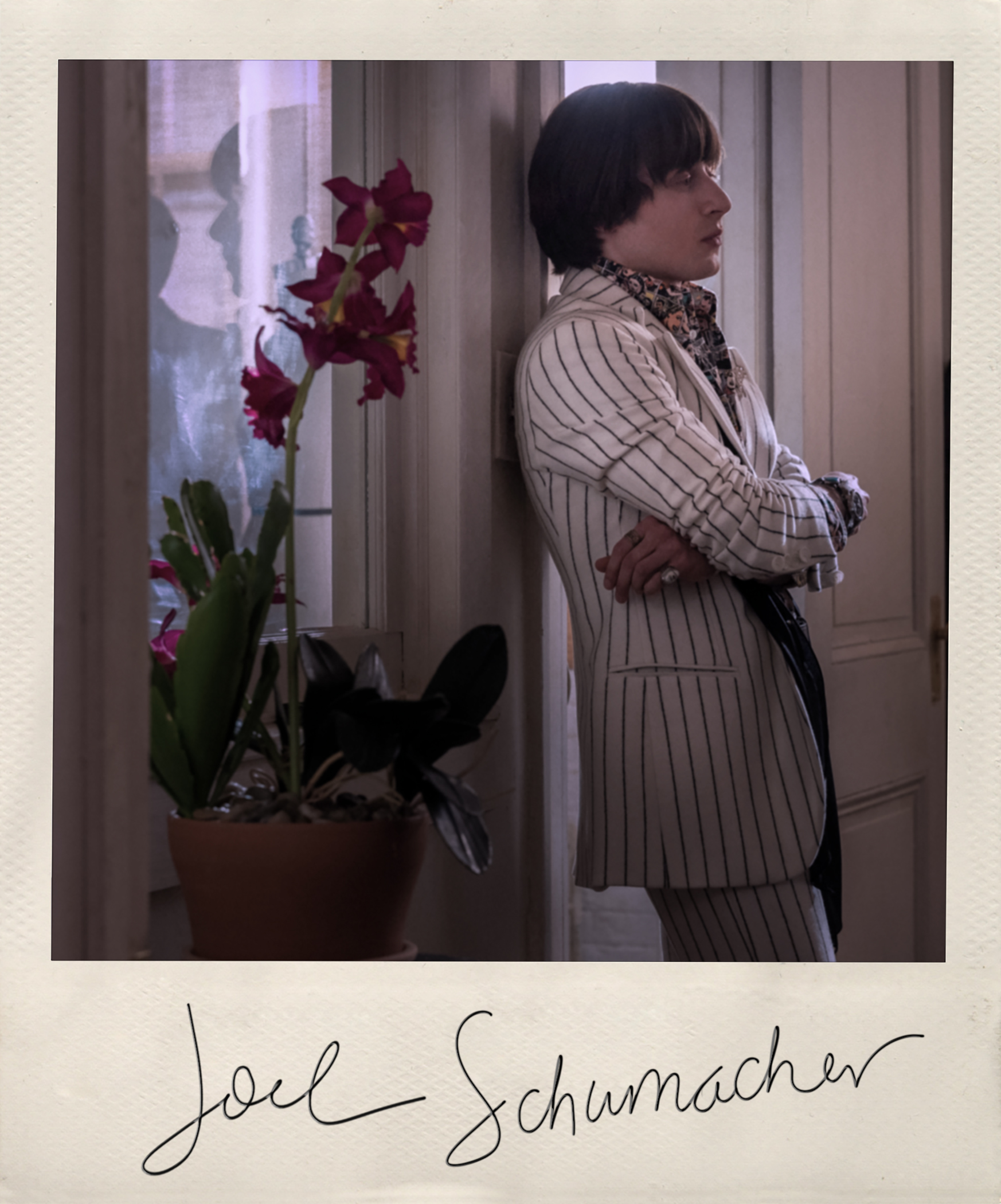 In the unlikely event that Ryan Murphy might not be the busiest man in TV today, the American Horror Story and Glee guru has announced a host of new projects for Netflix, including an adaptation of A Chorus Line and a Halston series.

Murphy, who was prevously based at Fox, signed a mammoth exclusive deal with Netflix last year, and has wasted no time in lining up movies and series, including Ratched – a One Flew Over the Cuckoo’s Nest prequel – and The Politician, which arrives later this month. He’s also adapting Broadway musical The Prom, with a cast including Awkwafina, Meryl Streep and Nicole Kidman.

If all that wasn’t enough, Murphy has also revealed that he will be bringing another iconic musical to the small screen: A Chorus Line. The 10-part miniseries will be based on the classic production, with music by Marvin Hamlisch, lyrics by Edward Kleban and a book by James Kirkwood Jr. and Nicholas Dante. It follows 17 Broadway dancers auditioning for spots in the titular chorus line.

Murphy is also working on another miniseries about iconic fashion designer Roy Halston Frowick, aka. Halston, who was famous in the 1970s. Recently the subject of Frédéric Tcheng, the series will star Ewan McGregor as the designer.

Murphy announced the projects during an interview with TIME, during which he also confirmed a 10-part docuseries about Andy Warhol, and A Secret Love, a series about a real-life lesbian couple who came out in the 80s. Murphy and regular collaborator Jessica Lange will also reunite for Hollywood, a series about Marlene Dietrich in 1960s Las Vegas, although he as admitted little progress has been on that because his plate is so full.

“I’m so booked. When am I going to do it? I don’t know,” he said to the magazine. “I’m only into April of next year’s calendar.”

Why you should catch up with StartUp