The multitalented contemporary of the Lumière brothers was born in London 150 years ago this month. He created the foundations for what we take for granted as cinema today. The most prolific British filmmaker of the early film period, he along with his wife, actress Ellen Daws, made over 700 films, of which 80+ films are currently known to survive.

To mark this unique anniversary, BFI is releasing a free BFI Player collection, Robert Paul Giant of Early Film, including recently discovered titles, Fun on the Clothes-line (1896), A Miner’s Daily Life (1904) and The Fatal Hand (1906) plus a host of newly available films including The Dancer’s Dream (1905), Extraordinary Cab Accident (1903) as well as classics Come Along Do! (1898) and The Motorist (1906) and one of the earliest known films of London, Blackfriars Bridge (1896).

Exceptionally versatile, Robert Paul, led the way in so many different areas, as an engineer, inventor, exhibitor, producer and filmmaker. He established the first purpose-built film studio at Muswell Hill, London in 1898, created the illustrated film catalogue and invented projection equipment. Robert Paul pioneered almost every kind of film from documentary to fiction and fantasy, popular comedies, dramas, and elaborate trick films.

He produced some of the first films shot in Spain, Portugal, Egypt and Sweden and captured some of the most newsworthy events from the late Victorian era, such as frontline reportage from the Anglo-Boer War and the pomp and circumstance of Queen Victoria’s Diamond Jubilee Procession. Robert Paul made significant innovations in film form, including the first two-scene film, Come Along Do! (1898), which can now be viewed with its currently missing second shot, digitally restored from the film’s illustrated catalogue entry.

Robert Paul’s 150th anniversary is being marked with a number of related events: Ian Christie’s eagerly anticipated book ‘Robert Paul and the Origins of British Cinema’ (Chicago University Press) will be published this November; a new exhibition on Paul, ‘The Forgotten Showman’, opens at the National Science and Media Museum in Bradford on 17 November, running until February; and the BFI is hosting a special birthday celebration at BFI Southbank on 27th October (3.20pm, NFT1). 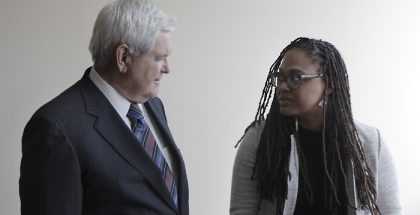