Netflix to stream three documentary shorts this summer | VODzilla.co | Where to watch online in UK

The streamer has increasingly invested in short-form factual filmmaking, with its collection including Oscar winning shorts The White Helmets and Period. End of Sentence., as well as nominated titles Life Overtakes Me, End Game, Heroin(e) and Extremis.

This summer, it’s bolstering that line-up with a trio of new films designed to uplift and inspire. Here’s the rundown:

For many Asian-American women (and other women of color), Claudia Kishi was the first time they saw themselves in popular media. A main character in the best-selling Baby-Sitters Club books, she was one of the only Asian Americans in 80s-90s popular culture. Not only was Claudia a rare Asian American protagonist, but she also defied stereotypical portrayals of Asian characters: she was creative, popular, and (gasp!) bad at school. For readers who craved seeing themselves in the media they consumed—not as exotic others or token sidekicks, but as fully realized human beings—Claudia was a revelation.

As a blossoming artist, Claudia was a special role model for aspiring young creators—many of whom are now making groundbreaking work of their own. The Claudia Kishi Club features a charismatic cast of Asian American artists and writers including Yumi Sakugawa, Sarah Kuhn, and Phil Yu. With nostalgic readings, personal recollections, and DIY-style stop motion collages, this film is a timely and unique exploration of the importance of representation in media.

Speed Cubing, which is the competitive sport of solving a Rubik’s Cube in mere seconds, has grown into a worldwide phenomenon in recent years. For nearly a decade in the sport, Feliks Zemdegs from Australia, has reigned unchallenged as the king of cubers, the greatest of all time. That is, until now. The cubing world was stunned when an unknown challenger named Max Park from California took home the Gold medal in 2017 and emerged onto the global stage. Since then, Max’s rise to the top has been swift and steady, save for one obstacle in his way – Feliks. The two have been trading wins and world records steadily, neither one able to truly dominate while the other still competes. But rather than developing into a bitter rivalry, Feliks and Max have instead grown their competitive relationship into a tender yet complicated friendship.
Max is highly autistic and his family has been using speed cubing as a means of therapy for his nascent social skills and emotional development. They would have never guessed that Max’s biggest rival in speed cubing would become his biggest ally in his struggles with autism. Our story finds Max and Feliks on the threshold of another World Championship, both driven to win but both rooting for each other’s success. Between the two friends, though, there can only be one champion. Who will it be? But perhaps more importantly, will their friendship survive the answer?

John Shepherd had a special mission in life: to make contact with aliens. Over the course of thirty years John transformed his grandparents’ home in rural Michigan into an incredible laboratory from which he broadcast music millions of miles into space. John Was Trying to Contact Aliens charts the rise and fall of this one man SETI project, before opening up into a broader story about the human need for connection. Winner of the Short Film Jury Award: Nonfiction at the 2020 Sundance Film Festival. 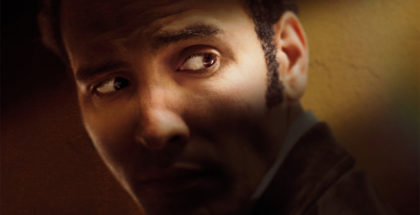