Netflix is doubling its amount of original content for 2016 | Where to watch online in UK | How to stream legally | When it is available on digital | VODzilla.co

Netflix is doubling its amount of original content for 2016

Netflix is doubling its amount of original content next year, the company has announced.

Speaking at New York’s UBS Global Media and Communications conference this week, Head of Content Ted Sarandos said that the streaming company was stepping up a gear in 2016.

The site has launched around 16 original scripted series this year, but that will rise to 31 in the coming 12 months.

“We have 10 feature films in production or post-production,” he added. “And we have 30 kids series.”

It’s a simple New Year’s resolution: world domination. Indeed, the announcement confirms Netflix’s new status as a studio in its own right. Back when House of Cards first launched, Netflix told GQ that its aim was “to become HBO faster than HBO can become us”. In the few years since, Netflix has moved from acquisition of other people’s TV shows and films to making their own from scratch. Its Crouching Tiger, Hidden Dragon sequel will mark their first in-house feature film next year, while What Happened, Miss Simone?, released this autumn, was the company’s first non-fiction film.

HBO, meanwhile, has launched its own streaming service – HBO Now – to provide over-the-top access to viewers keen to avoid a contract. That effort to “become Netflix”, though, may have come too late: Netflix, notes Vulture, already has a bigger slate of content than HBO for the coming year. Indeed, it’s not just Orange Is the New Black, Marvel’s superhero series and indie movies: there are a whole heap of comedy specials, documentaries and docu-series on the way to boot.

“This is high quality stuff,” said Sarandos. “Aziz Ansari can no longer walk down the street in New York because of the success of Master of None.” (Although, we should add, that was probably already true because of Parks and Recreation.)

Netflix’s diverse range of original content is also a key part of its plans to expand overseas. Narcos, which Sarandos hailed as “a flavour of what global television can be”, was made in Colombia, starred Brazilian actors, had a script that was mostly in Spanish and was produced by a French company.

Sarandos says “unusually” because the company’s current tactic is to produce content that will appeal to its target market: alongside its French launch, Netflix is producing an original series, Marseille, while it has just announced its first Japanese original series, following its launch there.

The streaming giant wants to go completely global by the end of 2016, a vast step up from its current 87 countries. It faces competition, though, from each region’s existing right deals, as content is still sold by studios and networks one territory at a time.

“There is some resistance to us buying global rights for shows and movies, but mostly from the regional sellers who don’t want their jobs marginalised,” noted Sarandos.

Original content, therefore, has become the natural solution, giving the company its own titles that can be released simultaneously everywhere.

Sarandos dismissed the idea of Netflix entering the sports race or news contest. (“If there was a model where we created our own sports league… that’s what it would take for me to get into sports.”)

Indeed, the company is too focused on building its international empire. At present, the company forecasts it will end the year with over 74 million subscribers. Doubling its content output will be necessary to grow that even further.

So how much is Netflix spending on original content?

According to the WSJ, Netflix is planning to boost spending by around 18 per cent to $3.3 billion for 2016. Netflix’s own figure is much higher: in its latest quarterly report, Netflix said it would spend around $5 billion on content in 2016, although that will also include acquisition of licences from third parties, highlighting just how big a proportion of the site’s budget goes on production. It also shows just how far the company has come since 2013, when it spent merely $2 billion on content – almost one-third of next year’s budget.

To put that into context, Okja, the new film from Snowpiercer director Bong Joon-Ho, will cost Netflix around $50 million, while Beasts of No Nation had a reported budget of around $6 million.

The projections put Netflix ahead of Amazon, which is spending around $1.5 billion a year on content, a figure soon to be matched by Hulu in the US – also doubling its spend.

Amazon is aiming to build momentum alongside its budget too: Netflix’s rival is planning to release 12 original movies every year – the equivalent of one a month – and has also been releasing an original series every month since September 2015, although it may fail to keep up that pace in the New Year.

Netflix, meanwhile, has at least eight original titles premiering in this month alone. The plan for world domination continues. 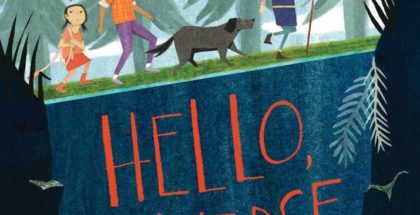 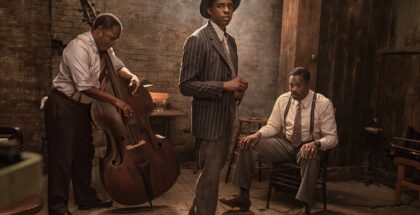