Mudbound makes history with cinematography nomination | VODzilla.co | Where to watch online in UK 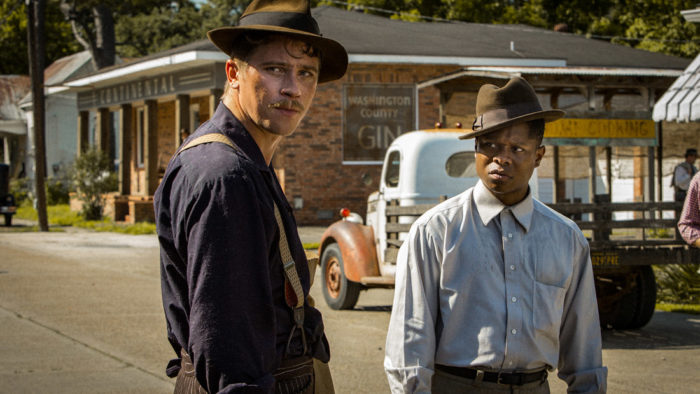 Mudbound has made history this week with its DoP Rachel Morrison becoming the first woman to be nominated for the American Society of Cinematographers’ top prize.

Set in the post-WWII South, Netflix’s powerful period drama is based on Hillary Jordan’s play and charts the story of two families pitted against a barbaric social hierarchy and an unrelenting landscape – the McAllan family, with wife Laura (Carey Mulligan) underprepared and overly hopeful for Henry’s (Jason Clarke) grandiose farming dreams, and the Jackson family, led by Hap (Rob Morgan) and Florence Jackson (Mary J. Blige), whose families have worked the land for generations. The war upends both families’ plans as their returning loved ones, Jamie (Garrett Hedlund) and Ronsel (Jason Mitchell), forge a fast, uneasy friendship that challenges them all.

“Rachel Morrison frames it with a down-to-earth, natural grubbiness that unites its ensemble cast through the muddy brown of the landscape and the harsh realities of struggling in the rain,” we wrote in our glowing review of the lyrical film.

Morrison’s work has already impressed, with her intimate lensing on Ryan Coogler’s Fruitvale Station in 2013. As she prepares to break ground with Marvel’s historic Black Panther, Mudbound has already seen her make history, making her the first woman nominated for an ASC Award for a feature film (the society has nominated women for TV work in the past). She stands alongside Roger Deakins for Blade Runner 2049, Bruno Delbonnel for Darkest Hour, Hoyte Van Hoytema for Dunkirk and Dan Laustsen for The Shape of Water.

The nomination follows a win at the New York Film Critics Circle Award for Best Cinematographer for Mudbound, cementing her a deserving likely contender for an Academy Award for cinematographer – which would also make her the first women to be nominated. (Editing, by comparison, is a less male affair, and has seen several women nominated and honoured in the past, with Martin Scorsese regular Thelma Schoonmaker winning three Academy Awards.)

Netflix’s The Crown is also competing for an ASC award for the Best Episode of a Non-Commercial TV Series, where Adriano Goldman for Smoke and Mirrors will go up against Amazon’s The Man in the High Castle (Gonzalo Amat for Land O’ Smiles). Christopher Probst has also been nominated for Best Pilot or Miniseries for the opening episode of Mindhunter.

The winners will be revealed on 17th February. Read on for the full list of nominees:

Episode of a Series for Non-Commercial Television

Gonzalo Amat for The Man in the High Castle (“Land O’ Smiles”) on Amazon
Adriano Goldman, ASC, ABC for The Crown (“Smoke and Mirrors”) on Netflix
Robert McLachlan, ASC, CSC for Game of Thrones (“The Spoils of War”) on HBO
Alasdair Walker for Outlander (“The Battle Joined”) on Starz

Episode of a Series for Commercial Television

Motion Picture, Miniseries, or Pilot Made for Television