More than a third of viewing is now on demand | Where to watch online in UK | How to stream legally | When it is available on digital | VODzilla.co

More than a third of viewing is now on demand

More than a third of TV and video viewing is now on demand, reveals one new study.

Consumers now spend six hours per week watching streamed on-demand TV series and movies – this has more than doubled since 2011. With recorded and downloaded content added to the equation, today 35 per cent of all TV and video viewing is spent watching VOD.

Mobile growth has helped to drive the rise of VOD, with 61 per cent watching videos on their smartphones, an increase of 71 per cent since 2012. When taking tablets, laptops, and smartphones into consideration, nearly two thirds of time spent by teenagers’ watching TV and video is on a mobile device.

Another key factor is the lack of things to watch through traditional TV: half of consumers watching linear TV say they can’t find anything to watch on a daily basis, a problem that subscription and over-the-top content streaming services (such as Netflix) tackle through in-depth recommendation algorithms.

The popularity of linear TV remains high, mainly due to the access it gives to premium viewing and live content, like sports, as well as its social value. But VOD services are winning over viewers through more relevant and more discoverable content: 22 per cent of consumers who have never had a pay-TV subscription are already paying for over-the-top (OTT) content services.

Anders Erlandsson, Senior Advisor, Ericsson ConsumerLab, says: “The continued rise of streamed video on demand and UGC services reflects the importance of three specific factors to today’s viewers: great content, flexibility, and a high-quality overall experience. Innovative business models that support these three areas are now crucial to creating TV and video offerings that are both relevant and attractive.”

Once something to watch has been found, binge-viewing has also become a key part of the TV landscape, with 87 per cent of SVOD users binge-viewing at least once a week.

The role of user-generated content (UGC), though, should not be dismissed: sites such as YouTube now account for a growing share of viewing activity: almost 1 in 10 consumers watch YouTube for more than three hours per day and one in three now consider it very important to be able to watch UGC on their TV at home. Indeed, sites with user-generated content have become a go-to destination not just for entertainment, but for learning too, as streaming becomes a more integrated part of audiences’ lives: consumers now watch an average 73 minutes of education and instructional videos per week. 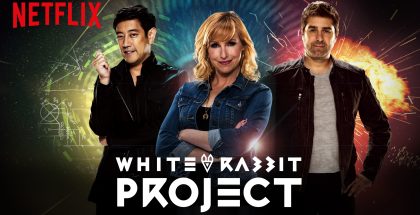