Watch: New trailer for Netflix's Wendell & Wild | Where to watch online in UK | How to stream legally | When it is available on digital | VODzilla.co

It’s not long until Jordan Peele and Keegan-Michael Key are back together again on our screens, and a new trailer gives us one final tease of their Netflix series Wendell and Wild.

From the minds of Henry Selick (director of The Nightmare Before Christmas) and Jordan Peele (Nope, Us, Get Out) comes the story of Kat (Lyric Ross), a troubled teen haunted by her past. She must confront her personal demons, Wendell & Wild (played by Keegan-Michael Key and Jordan Peele) to start a new life in her old hometown.

Selick’s first feature since Coraline, the horror comedy arrives with a whole heap of anticipation – and there’s only a couple of weeks to wait to see the end result, with the film landing on Netflix on 28th October.

Trailer: Key and Peele reunite for Netflix’s Wendell and Wild

From the minds of Henry Selick (director of The Nightmare Before Christmas and Coraline) and Jordan Peele (Nope, Us, Get Out) comes the story of Kat (Lyric Ross), a troubled teen haunted by her past. She must confront her personal demons, Wendell & Wild (played by Keegan-Michael Key and Jordan Peele) to start a new life in her old hometown. With the voices of Angela Bassett, James Hong and Ving Rhames adding to the eerie fun, the result sounds like an ideal slice of Halloween viewing – so it’s no surprise that Netflix is released it on 28th October.

Oscar-winning writer, director, actor and comedian Jordan Peele is heading to Netflix for his next gig.

Peele stormed onto the world stage with his comedy series Key and Peele, which he created with Keegan-Michael Key. The Comedy Central show, which ran from 2012 to 2015, won the duo two Primetime Emmys during its three-year stint. Now, fresh from his Academy Award win for Get Out, Peele is reuniting with Keegan-Michael Key to voice two brothers in Netflix’s Wendell and Wild.

The film is a stop-motion animated feature and is based on an original idea by veteran of the form, Henry Selick. The James and the Giant Peach and Coraline director will be at the helm for the movie, with Peele and Clay McLeod Chapman working with him to co-write the script.

Netflix has signed on to finance and distribute the film, marking the streaming giant’s second stop-motion original feature – last year, it won a competitive Cannes auction to nab the rights to Bubbles, a film about Michael Jackson’s chimp, which will be directed by Taika Waititi and Mark Gustafson (Fantastic Mr. Fox).

Wendell and Wild is produced by Ellen Goldsmith-Vein for The Gotham Group, Peele under his Monkeypaw banner and Selick. Sarah Serata will co-produce, with Win Rosenfeld (Monkeypaw), Peter Principato and Joel Zadak (Principato-Young) and Lindsay Williams and Eddie Gamarra (The Gotham Group) on exec-producing duties. Argentine artist Pablo Lobato will design the characters.

Little is known about the film, but Deadline reports that Key and Peele will voice two scheming demon brothers, and that a deal has already been inked with Simon & Schuster for a book (written by Chapman and Selick) to be published around the film’s release. 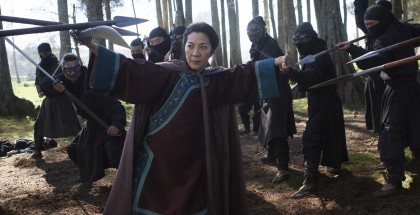 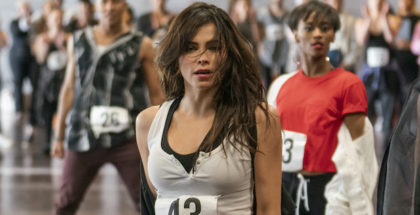