Jennifer Garner leads new cast additions for Netflix kids' series | VODzilla.co | Where to watch online in UK | How to stream

The award-winning actress, who is an advocate for early childhood development, has signed on to voice the character of Mama Llama on Netflix’s animated series, Llama Llama.

Based on the acclaimed and best-selling book series by author and illustrator Anna Dewdney, the show tells “heart-warming tales about childhood moments and adventures, as well as the special connections between lead character Llama, his family and best friends”.

Llama and his mother, in particular, share a warm and loving bond – she is his rock and safe haven as her son experiences growing up.

“I’ve read Anna Dewdney’s Llama Llama books to my kids hundreds of times in the last ten years,” says Garner. “Little did I know it would all count as rehearsal – I’m thrilled to bring Mama Llama to life for Netflix! The Llama Llama books are so fun to read – your kids won’t even notice they are learning life lessons, such as how to battle boredom, or braving the first day of school. But when your kids watch the coziness of Mama Llama’s relationship with her Little Llama, be ready for an extra snuggle as you connect, while learning about the world around you.”

Greenhouse Academy is a live action series set in an elite boarding school in Southern California called The Greenhouse. Students are divided into two rival houses that must join forces to conquer challenges when an evil plot is uncovered.

Paula Yoo (West Wing, Defiance, Eureka) is adapting with showrunner Giora Chamizer, who wrote and created the original series. Nutz Productions, a subsidiary company of Ananey Communications, will produce the series for Netflix. 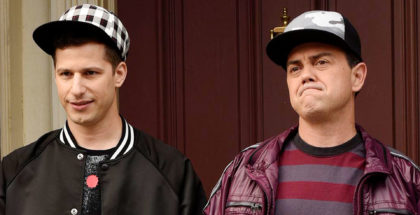