ITV Hub officially launches | Where to watch online in UK | How to stream legally | VODzilla.co

ITV Hub has officially launched in the UK – and the new service is already an improvement.

The move from the broadcaster follows in the footsteps of both the BBC and Channel 4. Indeed, ITV has always lagged behind in the VOD race, partly because some of its most popular shows are event-based live TV programmes, while its other shows may not have the kind of young audience clamouring to catch up on their iPads. But thanks to mobile devices and busy schedules, the boundary between live TV streaming and on-demand viewing has blurred, with iPlayer combining the two and All 4 replacing 4oD with a similarly intertwined digital offering.

Now, ITV has done the same, with ITV Hub replacing ITV Player and the old ITV site, bringing the two together into a single destination for all of the company’s channels and virtual services.

ITV is placing the emphasis on live-streams, which makes up 30 per cent of its usage on both computers and mobiles, but the broadcaster is also adding box sets to its digital library, including Thunderbirds Are Go, Trevor McDonald in Vegas and Birds of a Feather. New episodes of Seth MacFarlane’s Family Guy and American Dad will also be available, as part of the deal that will see the animations move to ITV2. This is the first time a PSB channel has offered the hit shows in its VOD service, thanks to a legal dispute that left iPlayer without MacFarlane’s shows when it was airing on BBC Three.

ITV Hub will also be available for the first time on Amazon Fire TV and Fire TV Stick and the new Freeview Play service.

The site is already easier to use than ITV Player, with its listings revealing previously hard-to-find catch-up content, such as Adventure Time, following its broadcast on CITV. On the other hand, ITV Player’s category menu has been removed, so it’s now harder to find, for example, films available to stream. The A to Z browsing users are required to use, meanwhile, lists everything beginning with “The” under the letter “T”. Both leave ITV Player still lagging behind its Freeview VOD rivals. Some things change, some things stay the same.

Legends of Tomorrow to land on Sky 1 in UK 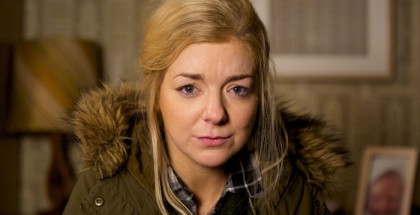