Indie cinemas petition Netflix to expand theatrical releases | Where to watch online in UK | How to stream legally | When it is available on digital | VODzilla.co

Indie cinemas in the UK and Ireland have written to Netflix calling for wider theatrical releases of its titles.

The streaming service has long held firm on its stance to release films day-and-day worldwide, providing paying subscribers access to its original films at the same time as any big screen release. That strategy, though, goes against the 16-week theatrical window that has traditionally been honoured by exhibitors and distributors, leaving Netflix to deal with smaller, independent exhibitors and not major cinema chains. In the UK, that has led to an informal deal with Curzon Cinemas, a company that uniquely operates as both distributor and exhibitor. That dual role, which drives its own digital service (Curzon Home Cinema) that offers day-and-date films to rent, has made it a natural partner for Netflix. But as the streaming giant begins to introduce a theatrical window for some of its titles, part of an overall push to build prestige around its original movie brand, a number of cinemas are keen to screen Netflix movies as well.

Curzon’s reach is impressive for a relatively small chain, with screens in places such as Sheffield, Knutsford, Colchester and Canterbury, as well as London branches in Bloomsbury, Soho, Wimbledon, Mayfair and Aldgate. Netflix’s reach, meanwhile, is unparalleled: its ability to provide affordable, easy access to culture is its biggest strength, and marks a radical paradigm shift that the wider industry is still adapting to. But for those who want to see films on bigger screens than in their homes, and can afford to do so, Netflix’s limited partnership with Curzon means that film lovers in many UK cities are missing out.

This weekend sees Edinburgh’s Filmhouse and the Glasgow Film Theatre join Curzon’s cinemas in screening Netflix’s new Scottish epic, Outlaw King – a sign that agreements and extensions to the current arrangement are possible. Curzon also released Orson Welles’ The Other Side Of The Wind last weekend, with an additional free screening held at the community-run Deptford Cinema, under the umbrella of educational purposes. With Joel and Ethan Coen’s The Ballad Of Buster Scruggs out this weekend and Alfonso Cuaron’s Roma arriving in December, indie cinema owners are now asking for Netflix to commit fully to a wider expansion of its theatrical strategy.

Unlike major multiplexes, for most of the cinemas signing the letter (printed by Screen), day-and-date releases or short theatrical windows aren’t an issue. The signatories also highlight the role they have played in promoting independent film released in the traditional way.

Here’s the full letter and the list of those who signed it:

“Recent reports in The Guardian and Screen would suggest that Netflix films will be available in cinemas across the UK through a theatrical release with Curzon. We are writing to point out that this is not the case.

“This non-availability in huge parts of the country is not only frustrating for us as independent cinemas who promote film culture (we gave The Coen Bros, Alfonso Cuaron, Paul Greengrass and David Mackenzie their cinema breaks) but also frustrating and deeply confusing for audiences across the country. The signatories to this letter all perform important cultural functions as illustrated previously but we also perform an important economic one too. Our cinemas regularly come out very highly – if not top – in box office gross and admissions for independent and arthouse titles. By having such significant audience numbers can only add to Netflix in raising awareness and audiences for their online business model as we regularly do with other online providers – Curzon included!

“We appreciate that Netflix may prefer not to fully engage in traditional theatrical distribution in the UK with the restrictions that the windows create and stick with this business plan of exclusivity with Curzon but we would encourage Netflix to work with a wider range of cinemas across the country to get these films – and indeed their brand – out to bigger cinephile audiences nationwide. This would ensure that cinema audiences across the country are given the chance to see Netflix’s brilliant slate of films on the big screen.”

For more on The Ballad of Buster Scruggs, read our five-star review here, or head this way for a list of UK cinemas where you can see it. 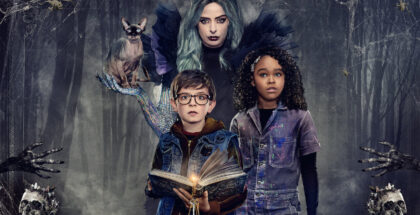