Gerard Depardieu to star in Netflix's first French series | Where to watch online in UK | How to stream legally | When it is available on digital | VODzilla.co

Marseille, which is created and written by Dan Franck, writer of La Séparation and Les Hommes de l’ombre and co-writer of Carlos, follows Robert Taro, mayor of the titular city for 25 years. With elections on the way, though, he finds himself facing the man he chose as his heir, an ambitious youngster aiming high.

With the political stage set for revenge, drug lords and merciless scraps, the premise may sound like House of Cards, but that can only be a good thing for Netflix, which has seen the Kevin Spacey-starring drama become a talisman of sorts for the streaming giant’s high quality productions.

The casting of Gerard Depardieu certainly continues the SVOD service’s knack for bagging big talent – indeed, the actor has been linked to the role for some time. Now, Variety has confirmed that the French legend will be flying the flag for Netflix.

Directing the first two episodes of Marseille will be Florent-Emilio Siri, director of the Cesar-nominated theatrical hit Cloclo, alongside Sundance Award-winning Samuel Benchetrit (J’ai Toujours Rêvé d’être un Gangster). The show is produced by Pascal Breton of Paris-based Federation Entertainment, who was behind the hit French series Dolmen and Sous le Soleil, and co-stars Benoit Magimel (The Pianist).

The series marks the first French original show for Netflix, which seeks to produce content to match its increasingly diverse range of territories. The site launched in France last year, with expansions into Japan, Spain and Portugal on the cards for 2015.

All eight episodes of Marseille will premiere in Netflix territories around the world in 2016.

Catch-up TV reviews: Up in the Air, Humans, Married at First Sight and Black Work 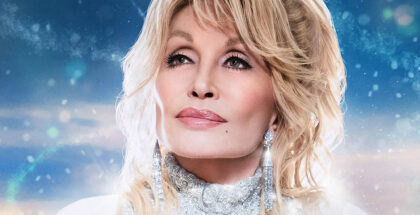