First global 3D VOD platform launches on smart TVs | Where to watch online in UK | How to stream legally | When it is available on digital | VODzilla.co

3doo, the first 3D VOD platform, has launched across millions of smart TVs around the world.

When introduced several years ago, 3D was declared the future of cinema by Hollywood, with its technology designed to be immersive as well as combat piracy. At the same time, video on-demand has enjoyed growth at home, with day-and-date digital streaming also projected by some to be the future of film.

Now, a company has joined the two together to form 3doo, a global 3D VOD platform. The service claims to “solve the 3D industry’s long-standing challenges of lack of distribution infrastructure (for 3D content producers), lack of sufficient content (for 3D device manufacturers), and lack of easy access (for 3D end users), generating opportunities for significant new revenue streams through both native 3D content as well as the conversion of 2D content to 3D”.

The distribution infrastructure is certainly making progress, with 3D TVs now produced by a range of manufacturers hoping to encourage viewers to upgrade their home entertainment sets. The 3doo app is available on a range of 3D-enabled smart TVs from Samsung, LG and Panasonic – a total of 65 million devices.

“The global 3D industry has long awaited a unified marketplace where 3D filmmakers and content owners control their work, and 3D TV viewers can enjoy thrilling content in the comfort of their living rooms nearly everywhere in the world,” says 3doo President Ingo Nadler.

The app is either pre-installed or downloadable for free via each television’s app store.

The lack of sufficient content, though, is perhaps the biggest stumbling block. 3doo has not confirmed what content will be available, although it mentions a “growing library” of 3D entertainment and documentary titles.

Using the 3doo VoD platform, 3D content owners determine the price per viewing as well as the markets in which content is to be distributed, and receive the majority of net VoD revenues after deduction of streaming & transaction costs and applicable taxes. The VoD platform is non-exclusive and 3doo does not license content, so that content owners always control and manage worldwide content distribution through a 3doo account.

“While enabling millions of 3D TV viewers worldwide to rent or purchase 3D content, 3doo is also positioning for the anticipated breakthrough in several years of glasses-free 3D viewing experiences on Smart TVs and mobile devices, as well as for 3D social media and video gaming,” Nadler adds.

3doo says its users have already enjoyed more than 4 million free 3D video viewings on over 650,000 Smart 3D TVs in 180 countries. With 4k becoming the new focus for TV manufacturers and VOD providers, and 3doo yet to launch its global marketing campaign, could 3D become the future of VOD? 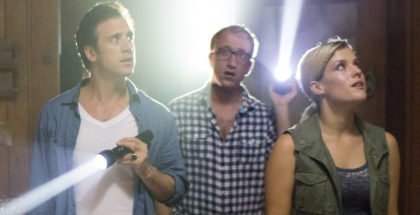