Eat the World: Amazon orders original cooking series | Where to watch online in UK | How to stream legally | VODzilla.co

Amazon is serving up a new cooking docuseries for Prime Video subscribers.

Eat the World with Emeril Lagasse will premiere on Amazon Prime Video on 2nd September. The show will follow Emeril Lagasse (Emeril Live, Top Chef) and some of the world’s most celebrated chefs — Mario Batali (The Chew), José Andrés (Made in Spain), Nancy Silverton (Hell’s Kitchen), Marcus Samuelsson (Chopped), Aarón Sánchez (Chopped) and Danny Bowien – as they each join Emeril to embark on a culinary journey to their favorite destinations.

The six-episode season will take us to China (with Mario Batali), heading from ravioli in New York City to the best soup dumpling in Shanghai; to Spain (with Jose Andres) to explore the roots of Modernist cuisine and Ferran Adrià’s never before filmed El Bulli Lab in Barcelona; to Italy (with Nancy Silverton) to seek out what she thinks is the world’s best pizza, courtesy of Franco Pepe; to Sweden (with Marcus Samuelsson) to experience New Nordic Cuisine, which incorporates new flavors into traditional Swedish food; to Cuba (with Aarón Sánchez) to meet with leaders of the modern Cuban culinary world at the moment the country is on the brink of epicurean and economic change; to South Korea (with Danny Bowien) to meet Jeong Kwan, a Zen Buddhist nun who’s been called “the Philosopher Chef” by The New York Times.

The series is produced and created by Ugly Brother Studios (House of Food, Startup U, Life or Debt), and executive produced by Tim and Mike Duffy, Emeril Lagasse and four-time Emmy winner Bill Pruitt (The Amazing Race, Deadliest Catch).

“Eat the World is more than just a travel or cooking show, it’s a heartwarming look at Emeril and his relationship with his friends, as he learns about new foods and cultures,” says Conrad Riggs, Head of Unscripted, Amazon Studios. “Prime members will get an inside look at incredible destinations and unbelievable cuisine with one of the world’s most respected chefs.”

The move takes Amazon in the same direction Netflix has taken, with the latter’s Chef’s Table recently returning for a second season and proving one of the site’s best factual programmes to date. Amazon will hoping to serve up a similar success this year.

More than half of OITNB fans go back for repeat viewings 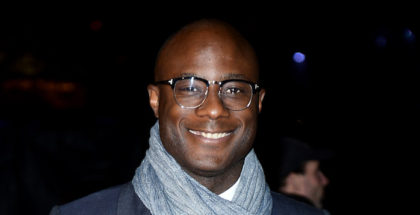