Dexter to return for limited series in 2021 | VODzilla.co | Where to watch online in UK | How to stream

Dexter to return for limited series in 2021

Dexter is officially coming back to our screens, with a new limited series on the way in 2021.

Michael C Hall delivered a starmaking performance in Showtime’s series about a blood spatter expert for the Miami Police Department who doesn’t just solve murders, but commits them too. First airing back in 2016, it ran for eight seasons until 2013, winning viewers over with its grisly darkness and complex morals – Dexter might have been a serial killer, but he only targeted other murderers.

Hall was nominated five consecutive times for an Emmy and Golden Globe for best actor, ultimately winning the prize in 2010. Now, he will reprise his role once more with a surprise revival of the drama. Former showrunner Clyde Phillips is also set to return.

Showtime has ordered 10 episodes, with the revival set to air on Sky in the UK, thanks to its exclusive agreement with Showtime.

“Dexter is such a special series, both for its millions of fans and for Showtime, as this breakthrough show helped put our network on the map many years ago,” Gary Levine, co-president of entertainment for Showtime, said in a statement. “We would only revisit this unique character if we could find a creative take that was truly worthy of the brilliant, original series. Well, I am happy to report that Clyde Phillips and Michael C Hall have found it, and we can’t wait to shoot it and show it to the world!”

What exactly that take is has been kept closely under wraps. What we do know is that production is expected to begin in 2021 with an autumn release planned. 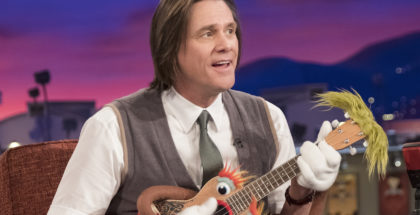