Twin Peaks has officially found a UK home: the show will air in the UK on Sky Atlantic in 2017.

The series will see director David Lynch and original co-creator Mark Frost continue the story 25 years on, from when the quaint north-western town of Twin Peaks was left stunned after the murder of homecoming queen Laura Palmer.

The deal was announced as part of a wider agreement between the two broadcasters, as Sky becomes the exclusive home to Showtime’s programmes across the UK, Ireland, Germany, Austria and Italy. It is not the first time that Showtime and Sky have worked together, with Ray Donovan and The Affair both airing on Sky Atlantic. Previously, though, Sky had licenced content from CBS on a programme by programme basis.

Sky’s new deal will span all new and future series, with Sky also growing its investment in original production, which includes a successful partnership with Showtime to co-produce the gothic horror series, Penny Dreadful.

For CBS Corporation, this is the largest and most expansive international deal to date for Showtime and the first time its content portfolio has been licensed to a single media company across multiple European territories.

“This is one of the most important content deals Sky has ever agreed, cementing Sky’s position as the market-leader in Europe for world-class drama. We are enormously proud that Sky will be the exclusive home to new Showtime programmes for many years to come, building on a relationship that has grown over time including producing three successful seasons of Penny Dreadful together,” comments Gary Davey, Managing Director of Content for Sky.

Beginning this year, Sky’s 21 million customers will have exclusive access on Sky Atlantic to shows such as Billions. Starring Paul Giamatti and Damian Lewis., the show is a bold drama set in the ego-driven world of New York high finance. It was created, written and executive produced by Brian Koppelman & David Levien (Ocean’s Thirteen, Rounders) and Andrew Ross Sorkin (Too Big To Fail).

Other new series include the return of Twin Peaks and new seasons of Ray Donovan and The Affair, in addition to Penny Dreadful’s third run.

The agreement also means customers will have on-demand access to an acclaimed catalogue of Showtime programming, such as Californication, Dexter and Nurse Jackie, as well as the complete box sets of The Borgias, Brotherhood and the original Twin Peaks.

Current rights agreements with other platforms will remain unchanged, although Sky will have an option in the future to take all Showtime-distributed unscripted shows, such as documentaries and reality programmes.

It is not just Sky subscribers, though, who will be able to watch Showtime’s series: Sky’s VOD service NOW will also be home to all of the content, including the new series of Twin Peaks, with non-Sky customers able to sign up for live and on-demand streaming at a cost of £6.99 a month without a contract. For more information on NOW, click here. 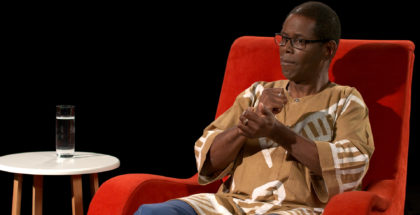