Cord-cutting has officially gone mainstream in the US.

The practice of viewing TV directly through online streaming services rather than paid cable subscriptions has become increasingly popular in America, with the number of people paying for cable, satellite or fiber services falling by more than a quarter of a million in 2013, according to SNL Kagan – the first full-year decline.

Now, companies are cutting cords too, with HBO, Starz and CBS all announcing their own standalone VOD services this month.

CBS has launched CBS All Access, a digital subscription service, which offers thousands of episodes from the current season – including Blue Bloods and The Good Wife – previous seasons and classic shows 0 including Star Trek, Cheers and Twin Peaks – on demand, as well as the ability to stream local CBS Television stations live in 14 of the largest US markets at launch.

CBS All Access costs $5.99 a month and is available beginning today at CBS.com and on mobile devices through the CBS App for iOS and Android.

“CBS All Access is another key step in the Company’s long-standing strategy of monetizing our local and national content in the ways that viewers want it,” said Leslie Moonves, President and CEO, CBS Corporation. “This new subscription service will deliver the most of CBS to our biggest fans while being additive to the overall ecosystem. Across the board, we continue to capitalize on technological advances that help consumers engage with our world-class programming, and we look forward to serving our viewers in this new and exciting way.”

The CBS announcement comes just days after Starz has announced its own OTT service, Starz Play. The streaming platform, though, will target international audiences: the service will first launch in the Middle East, Africa, Asia and Latin America.

“What we focused on is how quickly and dramatically HBO succeeded with its Nordic program,” Chris Albrecht, Starz chief executive, told the Financial Times.

The most high profile among the new wave of untethered VOD services, though, is that of HBO, which will launch next year. While details are vague, HBO’s strength has always come from its high quality content, with shows in the past year including such hits as Girls and True Detective – not to mention, of course, Game of Thrones, which has become the most pirated TV show in the world thanks to the inability of viewers with HBO to watch it.

Indeed, in the UK, Sky has had found success with its own NOW TV platform, a cord-cutting service that lets users stream its pay TV channels both live and on catch-up for £6.99 without a contract – including HBO’s Game of Thrones, AMC’s The Walking Dead, FOX’s American Horror Story: Freak Show and others.

For HBO, which has lost out on a lot custom due to illegal viewing, cutting the cord has been a long time coming. Indeed, they have already trialled a service in Norway for the past two years, which has put Netflix and HBO in direct competition for subscribers.

“That is a large and growing opportunity that should no longer be left untapped. It is time to remove all barriers to those who want HBO,” CEO Richard Plepler told Time Warner investors.

“So, in 2015, we will launch a stand-alone, over-the-top, HBO service in the United States. We will work with our current partners. And, we will explore models with new partners. All in, there are 80 million homes that do not have HBO, and we will use all means at our disposal to go after them.”

It makes commercial sense for all of these TV providers. While cord-cutting has often been a chiefly American habit, research from IHS shows that Pay TV subscribers have declined in 12 European countries in the first quarter of 2014 – specifically, Belgium, Denmark, Italy, Malta, Netherlands, Norway, Sweden, the Czech Republic, Latvia, Lithuania, Moldova, and Poland. But as well as attracting viewers and reducing piracy, it also makes sense in terms of running costs.

“The amount of money and capital investment needed to build these new platforms is a fraction of what it is to build a linear (television) channel,” Albrecht noted. “This gives us an international business that has real potential.”

Netflix has led the way in online streaming for TV audiences around the world – it has been winning in Norway’s VOD race with HBO – so it is no surprise that CEO Reed Hastings popped up this week to comment on the announcement.

“They’ve done pretty well, and we’ve done very well,” he said of HBO. “We pioneered the space. They’re playing rapid catch-up, which is what you do when you get behind.”

He also predicted that the next step for the cable network would be to mimic Netflix’s all-at-once releases too: “Think about us doing the binge-viewing window, where you get all the episodes at once,” he said. “For a couple years they’ll protest, ‘Oh, that doesn’t make sense,’ of course. And then they’ll do it.” 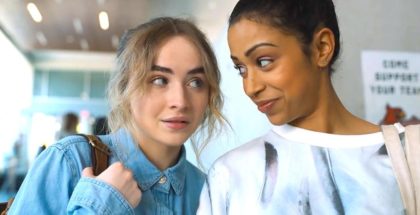