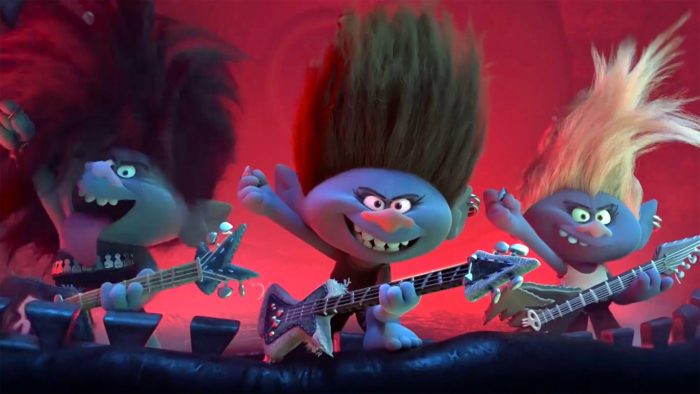 It’s only been a few weeks since Universal dropped the animated sequel on digital platforms, with a Premium VOD price tag of £15.99 per rental. The move to go straight-to-VOD marked one step further into online distribution than Universal’s decision to release of a trio of films – The Invisible Man, Emma, The Hunt – to stream shortly after their theatrical runs were curtailed by the coronavirus pandemic.

After taking in around $100 million in North America in Troll: World Tour’s first weeks, Universal said this week that it “demonstrated the viability of PVOD” and that it expected to “release movies on both formats” when cinemas reopen.

Those remarks, though, sparked backlash from AMC, which said that would “no longer play any Universal movies in any of our theaters in the United States, Europe or the Middle East”.

Universal has since said elaborated on its plans, noting that it aims to “release future films directly to theatres, as well as on PVOD when that distribution outlet makes sense”, also saying that it would continue to have conversations with exhibitors around the issue.

The lack of conversations, though, appears to be the issue, with AMC saying that it would also extend its boycott to “any movie maker who unilaterally abandons current windowing practices absent good faith negotiations between us”.

Now, Cineworld has also criticised Universal’s move and apparent intentions, with a statement that reiterates its unchanging stance on the issue.

“Cineworld’s policy with respect to the window is clear, well known in the industry and is part of our commercial deal with our movie suppliers,” it stated.

“Universal unilaterally chose to break our understanding and did so at the height of the Covid-19 crisis when our business is closed, more than 35,000 employees are at home and when we do not yet have a clear date for the reopening of our cinemas. Universal’s move is completely inappropriate and certainly has nothing to do with good faith business practice, partnership and transparency.”

Deadline reports that Mooky Greidinger, Cineworld’s CEO told Comcast chairman Brian Roberts back in March that: “All our partners called us in timely manner and told us that in the current situation they want to shorten window for movies that were already released as cinemas are closing, most importantly, they all reassured us that there will be no change to their window policy once the cinema business returned. Unfortunately I missed similar message in Universal’s announcement… not only did Universal provide no commitment for the future window – but Universal was the only studio that tried to take advantage of the current crisis and provide a ‘day-and-date’ release of a movie that was not yet released.”

Cineworld’s statement once again declared that it will “not be showing movies that fail to respect the windows as it does not make any economic sense” for the company. While this is less of a blanket statement that AMC’s, it marks the continued flaring up of tensions within the movie industry as the long-running debate appears to reach a crescendo.

The comments come a year after Cineworld withdrew its support of BAFTA due to the British Academy’s decision not to exclude Netflix, Amazon Prime Video and other streaming services from its awards.