The project, titled Ridiculous 6, is the first of four movies that Sandler agreed to make for the streaming service in a deal that was announced last year. Now, The Wrap reports that Sandler has started to line up a cast, which includes an impressively diverse range of actors.

Sandler’s Happy Madison company is producing the movie, which will feature several regulars from its previous output, including Steve Buscemi, Rob Schneider, Dan Aykroyd, Will Forte, Terry Crews, Nick Swardson and none other than Vanilla Ice.

They will be joined by Sandler’s Grown Up 2 co-star Taylor Lautner, Nick Nolte, comedian Whitney Cummings and Blake Shelton, a US singer who is known to Americans for his role as a judge on The Voice.

That is only the start of the cast list, though, if The Wrap’s reports are true, with the site also naming Luke Wilson, Steve Zahn, Danny Trejo, SNL’s Chris Parnell and Breaking Bad’s Lavell Crawford as possible additions.

So far, this is all unconfirmed by Netflix, although Ridiculous 6 is definitely commencing production in February and will be the first in the VOD company and Sandler’s historic partnership.

But what exactly is it? Insiders told The Wrap that it will be a comedy Western, with Sandler leading as an orphan raised by an Indian tribe, with Lautner, Schneider, Wilson and Crews playing his half-brothers. Forte and Trejo will be the chiefs of rival gangs, with Buscemi lined up as a “local jack-of-all-trades”.

If Nolte as Sandler’s estranged daddy and Parnell as a bank manager don’t have you reaching for your intrigued pistol, there’s also word that Vanilla Ice might play Mark Twain. We’ll pause to let that sentence sink in.

Why exactly are Netflix partnering with Sandler for four movies? In short, because he’s popular.

We take a closer look at Sandler’s appeal and his relationship with Netflix here. 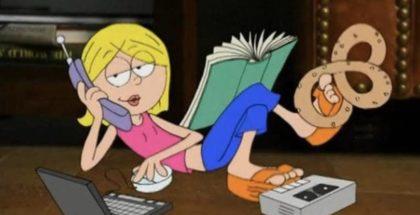 Netflix nabs global rights to How To Get Away With Murder... September 20, 2015 | Staff Reporter