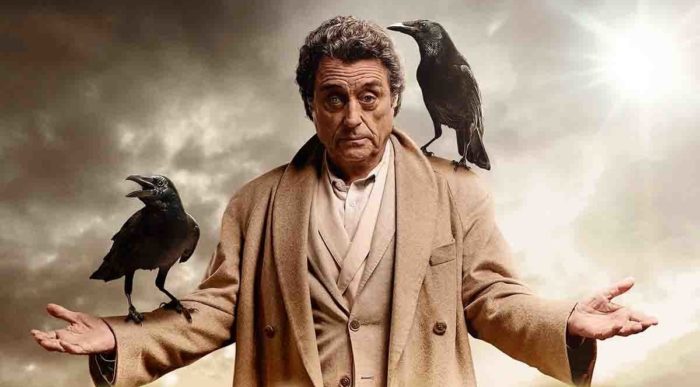 If counting down until the premiere of American Gods isn’t currently at the top of your to-do list, get ready to shuffle your priorities.

Yes, it’s only a matter of weeks now before Starz’s new adaptation of Neil Gaiman’s novel hits our screens – and if the series’ first trailer wasn’t enough to pique your curiosity, the new posters that have just been released will darn sure grab your attention.

The show posits a different kind of war brewing — one between Old Gods and New. The traditional Old Gods, with mythological roots from around the world, fear irrelevance as their believers die off or are seduced by the money, technology, and celebrity offered by the New Gods.

The gods are brought to life by a veritable smorgasbord of acting talent, from Pablo Schreiber (13 Hours, Orange Is the New Black) as Mad Sweeney, Bruce Langley as Technical Boy, Yetide Badaki (Aquarius, Masters of Sex) as Bilquis and Kristin Chenoweth as Easter to Peter Stormare as Czernobog, the God of Evil, Orlando Jones as Mr. Nancy, the Trickster God, and Crispin Glover as the sinisterly-named Mr. World.

Now, we’ve got our best look yet at almost the whole cast, accompanied by – naturally – gigantic neon signs shouting “OMG”. Because that’s how excited you’ll be once you’ve scrolled through them all. The only one missing a poster? Gillian Anderson as Media, the mouthpiece for the New Gods – and the reason for that will no doubt become apparent when the series finally arrives.

Loud posters with bright colours and candy costumes? It’s hardly subtle marketing – but if that’s what you want, Starz has served that up today as well, with a batch of rather witty images, which update old paintings with new technology (see what they did there?) to rather creepy effect – specifically, Grant Wood’s American Gothic, Edward Hopper’s Nighthawks, and Norman Rockwell’s Cousin Reginald Plays Tickly Bender.

You can see those three here – or scroll down past them to drool over the endless array of new posters.

American Gods premieres in the UK on 1st May exclusively on Amazon Prime Video, with new episodes arriving weekly within 24 hours of their US debut. For more information, see Where can I watch American Gods online in the UK?

It’s not long until American Gods arrives on UK TV screens, courtesy of Amazon Prime Video – and in case you weren’t already excited out of your wits, Amazon has released some new pictures giving us our first real look at the cast in action.

That cast, you may recall, includes everyone from Gillian Anderson and Ian McShane to Emily Browning and Crispin Glover.

They all play gods, both the Old and the New. The traditional Old Gods, with mythological roots from around the world, fear irrelevance as their believers die off or are seduced by the money, technology, and celebrity offered by the New Gods.

In the middle of the war brewing between them is caught ex-con Shadow Moon (Ricky Whittle), who is hired by Mr. Wednesday (McShane) as part of his cross-country mission to amass an army for battle.

The show is, of course, based on Neil Gaiman’s novel of the same name. Written in 2001, the book has been translated into over 30 languages and earned numerous accolades including Hugo, Nebula and Bram Stoker Awards for Best Novel.

The series is produced by FremantleMedia North America, with Hannibal’s Bryan Fuller and Alien: Covenant’s Michael Green on board as writers and showrunners. David Slade (Hannibal) is directing the pilot and additional episodes.

It will premiere on Amazon Prime Video in the UK on 1st May, within 24 hours of its debut on STARZ in the USA. New episodes will then arrive weekly. Here’s a look at the show: 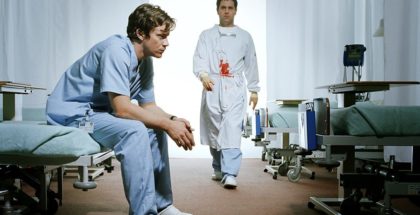 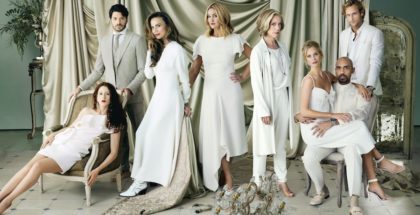