Amazon to release first two episodes of The Man in the High Castle for free this weekend | Where to watch online in UK | How to stream legally | When it is available on digital | VODzilla.co

Amazon is releasing the first two episodes of The Man in the High Castle for free this weekend.

The show, produced by Ridley Scott, is based on Philip K. Dick’s Hugo Award-winning 1962 novel and poses a disturbing question: what would have happened if the Allied Powers lost WWII?

Set 20 years on, the show follows life in the USA, which is ruled by Japan (the Pacific half) and Germany (the Atlantic). It stars Alexa Davalos as Juliana, the wife of a factory worker in the West, and Rupert Evans as Joe, a young lad in the East with a dad who fought in the war. With Rufus Sewell as a Nazi officer with a taste for hunting down and torturing suspects, not to mention tense political alliances and an intriguing piece of secret video footage, the potential in front of the camera is as strong as the talent behind it.

Indeed, the pilot was the stand-out in a promising batch of titles last year, swiftly becoming the most-watched Amazon pilot to date.

Now, before the show is released in full on Friday 20th November – pitting Amazon head-to-head with Netflix’s new original series, Marvel’s Jessica Jones, also released on the same day – Amazon is offering a preview of the second episode of the show to customers and non-customers alike in both the UK and US. (Episode 1 is already available for the general public to stream.)

Episode 2 will be available from 7am GMT on Friday 23rd October until 6.59pm on Sunday 25th October.

This is not the first time that Amazon has dabbled in free previews of shows: after Transparent become the first web series to win the Golden Globe for Best Comedy Series, it released the whole of Season 1 for free for 24 hours.

To watch the full thing in November, you’ll have to sign up to Amazon Prime Instant Video, though, which costs £5.99 a month – or, if you want free next-day delivery and access to Spotify rival Prime Music too, £79 a year for a full Amazon Prime membership.

For more information, or to start watching the first episode ahead of Friday’s preview, hit the button below.

Disney launches its own subscription service in the UK 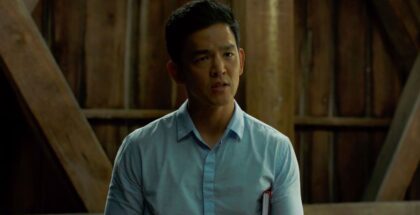