Why Larry David is the hero we need right now | Where to watch online in UK | How to stream legally | When it is available on digital | VODzilla.co

Why Larry David is the hero we need right now

Larry David is back on our screens. And with the re-emergence of Curb Your Enthusiasm (for a ninth season, no less) comes all the cringe-worthy controversy we’re accustomed to, and, dare we say, endeared to, ever since that misunderstanding of a pants tent for an erect penis during the show’s pilot.

In a world that inexplicably still seems to champion the ageing, rich white dude – just look at the US presidency – Larry David objectively falls into that realm of privilege, but has something particularly unique about his flawed character within the show. Is he simply a misunderstood victim in a harsh, grating world of stupid people, or is he nothing more than a grumpy old man complaining about meaningless nothings?

Curb Your Enthusiasm is irreverent, but at times, it can really push its limits of reality. For example, is there ever a right time to comment on the size of a friend’s child’s endowment or to jeopardise rekindling a fractured marriage, only to preoccupy oneself with a condensation ring on a wooden table? It’s often easy to laugh at the toe-curling racism, discrimination, sexism, and general offence Larry inadvertently causes, but we see the humour because audiences aren’t finding discrimination funny – they’re rightfully affirming Larry as the butt of the joke.

He’s the common denominator in all of these awkward situations. We get a sense that he’s genuinely annoyed by even the most pernickety of human imperfections that oddly (and scarily) feel far too recognisable. The real shame is that Larry fundamentally seems to be a good person, despite a long list of moral ambiguities, and faux pas after faux pas. These moments – and there are plenty – come to define the man who is sceptical of virtually anyone he encounters, and isn’t that each of us to some degree?

His misdemeanours are ultimately inconsequential, in the grand scheme of things, but that doesn’t stop him from coming across as an insufferable, privileged jerk. Yet, regardless of how abhorrent the man is and how painfully petty he seems, there are countless situations plenty of us can point at and scream: “I’ve been there! I’ve had that!” We’ve all been perturbed by other people’s rude or frankly strange behaviour, whether it’s an event as inconsequential as someone at NBC giving him bad seats at a basketball game, or the numerous occasions where the briefest of encounters has resulted in the gravest of crossed wires that inevitably return to haunt him.

Curb is a social commentary on the narcissistic tendencies of some and the sheer oddness of others. It’s people you know and people you don’t. It’s all about Larry picking up on those subtleties and personal gripes we’d not usually hold everyone accountable to and magnifying them by a thousand. The difference between Larry and us is that he’s unabashed when it comes to confrontation, or saying what he’s thinking – a distinct lack of filter many of us wish we had and were able to use frequently.

In a world littered with unscrupulous individuals, he’s the constant we can relate to and, on some level, admire. An old, white, rich guy shouldn’t be this endearing, but Larry David is. He’s smug, confident in his knowledge that his opinion is right. Granted, he does himself no favours in his approach to people and the unfiltered, oblivious nature in which he can’t help but express himself honestly, but there’s something we can take from that, because he’s not just being eye-rollingly stubborn, but also applying logic to his arguments each time.

Larry David is a hero, that much is clear. Larry is the guy who isn’t afraid to upset people. He’s not bothered about angering friends, and seems content to destroy his family and marriage in order to prove a measly point. Larry is the guy many of us wish we were (at times) in respect to speaking our minds and not tolerating the nonsense other humans subject us to on a daily basis. But unlike Larry, we seal away our insecurities and pet peeves and emotions, so we don’t risk ruining the bonds and bridges in our lives. Larry doesn’t, which is why he is an unequivocal icon of speaking one’s mind and one must commend him for that. He’s all of our heroes and enemies rolled into one balding, stringy, over-opinionated man.

Curb Your Enthusiasm Season 9 is on Mondays at 9pm on Sky Atlantic, within 24 hours of its US broadcast. Don’t have Sky? You can also watch it online legally live and on-demand through NOW. The VOD service gives streaming access to FOX UK, Sky Atlantic, Sky 1 and more, as part of a £7.99 monthly subscription – with no contract. 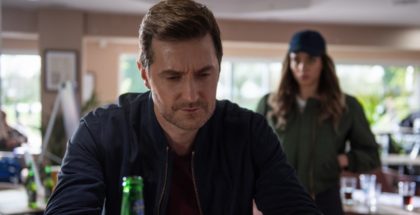 What the acquisition of Twitch says about Amazon’s plans for the future... August 28, 2014 | James R 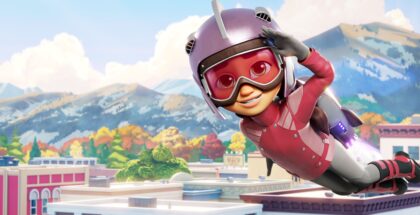