VODzilla.co: One year on | VODzilla.co | Where to watch online in UK

VODzilla.co: One year on

Today, exactly 12 months ago, VODzilla.co came into existence with interviews from the premiere of Arrested Development Season 4.

Resurrected by Netflix following its cancellation, the Bluth family’s return was a sign of a growing shift in entertainment, one that has seen viewers move away from the living room of old and onto the web, streaming things when they like rather than following a set schedule.

Since then, things have continued to change.

LOVEFiLM Instant has rebranded as Amazon Instant Video, introducing pay-per-view rentals alongside its Prime subscription service. Game of Thrones has become available online legally – from Tesco’s blinkbox launching Season 3 on a pay-per-view basis to Sky’s NOW TV offering Season 4 on subscription. Cancelled shows have been resurrected online, from Arrested Development and The Killing on Netflix, to Ripper Street on Amazon.

A Field in England became the first film to be released on DVD, VOD, on TV and in cinemas all on the same day, while, thanks to sites such as Curzon Home Cinema, day-and-date digital releases are increasingly common for smaller movies. Several have even had an “Ultra VOD” release, where they are made available online before they hit cinemas – from Artificial Eye’s In Bloom to Kaleidoscope Entertainment’s I Declare War.

Last week, Breaking Bad became the first ever non-broadcast show to win a BAFTA. In September 2013, House of Cards won Best Director at the Emmy awards, the first Netflix Original show to do so. In January 2014, a Netflix Original documentary, The Square, was nominated for an Oscar.

Marvel and Netflix have also announced a string of exclusive superhero mini-series, starting with Daredevil in 2015. Netflix has introduced special features too, in the form of an audio commentary for House of Cards Season 1 and is starting to stream select titles in 4K. Amazon has snapped up exclusive rights to Michael Bay’s pirate series Black Sails, and announced a wave of new original shows following a second successful run of its public voting-based pilot scheme.

The original content bug, meanwhile, seems to have infected every online broadcaster. Microsoft, Netflix, Yahoo!, Amazon, AOL, Sony and others are all producing TV shows for their own channels or devices.

It’s not just content, though: the number of video on-demand sites has also increased. TheHorrorShow.tv launched as the UK’s first horror-only VOD site. Raindance introduced their new platform to support indie films, called Raindance Releasing. The BFI launched the BFI Player, dedicated to supporting indie and British movies, not to mention providing a huge archive of historical footage to the public – for free. And the BBC is planning to turn BBC Three into an online-only channel.

It’s been a busy year.

And VODzilla.co has been there every step of the way – the only UK site to bring you dedicated news, reviews, interviews and listings for the world of online entertainment.

We’ve told people what’s available to download ahead of its DVD release and where, helped them pick random films on Netflix, revealed what’s new and coming soon to a host of VOD platforms (including Netflix and Amazon), regularly highlighted the best stuff on BBC iPlayer, and interviewed folk ranging from the stars of The Selfish Giant and Welcome to the Punch’s director Eran Creevy to Steve Coogan and Rob Brydon and BFI’s Head of Digital, Edward Humphrey.

If you want unconfirmed rumours that have already been printed on thousands of other sites, this probably isn’t the place for you. If you want information and insightful criticism about video on-demand that you won’t find anywhere else, come on in: the kettle’s boiled, we have a pack of HobNobs* open and Orange Is the New Black ready to binge on.

I’m delighted that, at one year old, VODzilla.co is still growing every day at a phenomenal rate – and I’m grateful to every one of you who have read, clicked or commented on our site in the past 12 months, especially all you lot who keep coming back. (Thanks, as well, to the thousands of staff who have helped to keep our resident dinosaur Vince, who lives in our top left corner, from devouring the Internet.)

In an age of increasingly homogenised entertainment media, where Buzzfeed-style lists and hype-driven click-bait seem to dominate, we’re excited to offer something new and unique.

So, what can you expect from us in our second year? In short, more.

We’re already widening our range of coverage to include things expiring on Netflix (and other subscription services), lining up new interviews and features, not to mention expanding our VOD directory, which will shortly allow to you search eight different platforms simultaneously to find the best place for you to watch a film or TV show. And then there are the other big plans that… well, you’ll find out soon enough.

Exactly 12 months ago, VODzilla.co began with the mission to become a home entertainment hub for the digital age. One year on, we’re only just getting started.

*(We’re open to eating other biscuits too.)

Would you like to be part of VODzilla.co? We’re proud to pay all of our writers – and we’re always on the lookout for new contributors, whether you’re an experienced critic or unpublished new talent. Drop us a line at writers[AT]VODzilla.co with some examples of your work. 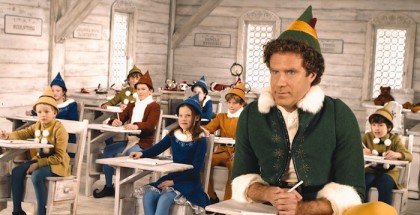 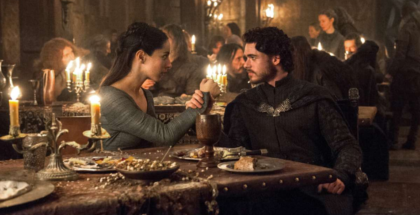