2017 has been a year that has seen the very meaning of the word “television” change, from the BBC’s shift towards box set releases to Twin Peaks’ unique, 18-hour return being crowned the best film of the year among David Lynch fans.

From the final seasons of The Leftovers and Halt and Catch Fire to the unique new stylings of Mindhunter, TV has rarely been so varied, or so versatile in its forms. We can now binge-watch foreign-languge shows on All 4’s Walter Presents, savour the weekly event of Game of Thrones’ annual carnage, enjoy female-led drama such as Big Little Lies and comedy such as Motherland, shiver at The Handmaid’s Tale holding a mirror up to society or escape from reality with Stranger Things.

With all chapters often available simultaneously, and big screen blockbusters daisy-chaining instalments across decades, the idea of consuming stories as a series has never been so popular – and thanks to mobile streaming and 4K TV sets, the choice of how to stagger your entertainment is excitingly in your hands. You can turn TV shows into feature-length marathons, dip into them occasionally like books, and even interact with them like games. However you choose to define it is irrelevant: what we can all agree on is that there’s never been more TV – and, perhaps, never been more superior TV.

“Everyone’s attention was focused solely on Thandie Newton’s casting in Season 4 of Line of Duty, but it’s Jason Watkins who emerges as the real star. He plays a forensics guru in this new entry in the BBC’s nail-biting cop series, who finds himself going head-to-head with Newton’s DCI Roz Huntley. Newton is as fierce as she was in Westworld, driving forward an investigation into a serial kidnapper and murderer at the kind of ambitious pace that you know is destined to end badly. Sure enough, AC-12 soon enter the frame after an adrenaline-pumping operation that opens the season – and, if that feels like a familiar format to the series, it’s pleasingly accompanied by the equally familiar stomach-turning mix of fast-paced police-work and shocking twists.”

Why you should be watching Line of Duty

“When a show lasts as long as this one, and regenerates as often as it does, there has to be a soft reboot every once in a while… Enter Bill Potts, played by Pearl Mackie, a university canteen worker and grown-up foster child with an insatiable yet unfulfilled desire to learn. Her favourite lecturer is the Doctor (Peter Capaldi), a tenured scholar on his subject of Time & Life, who keeps an eccentric valet (Matt Lucas) and a police telephone box in his office for some reason. Pearl Mackie is a revelation here and her chemistry with Capaldi is apparent from the episode’s cold open. There’s a teacher-student dynamic between the Doctor and Bill, which should please fans who have bristled at any romantic implications in the past. Mackie makes Bill a bubbly, inquisitive and utterly charming presence; she is arguably the foil that Capaldi’s Doctor has needed since 2014… A soft reboot and a perfect jumping-on point for new fans.”

“Now in its fifth season, the frankly ridiculous Taskmaster has become one of Dave’s flagship programmes, and with good reason: requiring contestants to carry out the most pointless, arbitrary tasks imaginable, it’s evolved into the Shooting Stars of reality telly. The I’m Sorry I Haven’t a Clue of TV contests. Continuing to vary up its contestants remains part of its key to success, with Season 5 seeing Aisling Bea, Bob Mortimer, Mark Watson, Nish Kumar and Sally Phillips all go head to head – the show, as always, deserves credit for not being the usual panel show sausage-fest. Basketball without hands and some water-based transport provide giggles, but Taskmaster has refined its premise to inspired simplicity: the requirement to bring in an object that makes an interesting noise will have you in stitches, while the challenge to give Greg Davies’ sidekick, the ever-deadpan Alex Horne, a “special hug” results in one of the most surprising, and disturbing, things you’ll see on TV this year. More please.”

“It was the worst of times and it was the worst of times. HBO’s drama explores the founding and exploitation of the porno industry by the underworld in 70s New York, its effect on the city, commerce, law and order and the lives of people involved intimately or on the periphery. David Simon and George Pelacanos teaming up again is a big deal. Why? Because they’re amazing writers. Their attention to character, plot and socio-economic underpinnings pays riveting dividends and marks their work out as almost literary in its richness, like epic tomes of Hugo, Zola or Dickens. Here, the result is frankly as good as television gets.”

“This isn’t a game you play,” says Cameron (Mackenzie Davies) in Season 4 of Halt and Catch Fire. “It’s a game you live.” And how. AMC’s drama about four people on the cusp of technological breakthrough throughout the 80s and 90s has evolved into something that profoundly captures the modern world by refusing to draw the line between the machine world and the personal one. It’s one of the best TV series of the decade, without a doubt, and Season 4 boots the system up for another cycle of reaching for greatness and falling into obscurity. In an age where everyone wants their 12 hours of fame – preferably in the form of their own Netflix show – it’s been so satisfying, and so sad, to see this group of pioneers climb to the brink of innovation and, inevitably, land on the wrong side of history. If Halt and Catch Fire were about any actual famous people, it wouldn’t be anywhere near as insightful or relevant. But Season 4 sees the show mature in the way that only an accomplished long-running drama can, becoming less about a company or collective effort, and more about four people colliding.”

“Susan Sarandon and Jessica Lange are on blistering form in this gorgeously watchable Hollywood drama.”

“Ostentatious, impressive, timely, beautiful. This adaptation of Neil Gaiman’s novel has been more than worth the wait.”

“This brilliant, baffling series has been an exercise in challenging, tantalising and ultimately frustrating an audience hoping for nostalgic hi-jinks, but instead getting David Lynch at the absolute peak of his talent.”

“Rick & Morty is the most spectacularly ridiculous show on television. The Adult Swim sitcom’s warped brand of internal logic has earned it a passionate fanbase (sometimes overly so) and the show has gradually become better known as it has become available on Netflix UK. Now, in its third season, it has surpassed new heights of surreal comedy.”

Part-Nancy Drew, part-Millennial satire, Search Party was one of the top TV shows of 2016 – and Season 2, which again quietly debuted on All 4, is once again one of the year’s best. Picking up from the cliffhanger in Season 1, the show avoids difficult second album syndrome by shifting up its tone: gone is the would-be detective work, replaced by a Hitchcockian study of suspense and guilt. It takes huge confidence to pull off such a twist, and the show succeeds through the astonishingly precise character work, which allows Dory (Alia Shawkat), Elliot (Jon Early) and Portia (Meredith Hagner) more ways to display how awful they are as people, while making them more human and likeable with every rash decision. They become more self-centered with each episode, and – in the case of Jon Early’s hysterically narcissistic author – even more unravelled, as Search Party places its hunters into the position of the hunted. Tense, meticulously paced and still laugh-out-loud funny, Search Party Season 2 is even more unexpected than the first – and it might just be better too.

After the jaw-dropping climax of Season 6, Game of Thrones’ seventh run had a tough hurdle to jump, but HBO’s fantasy epic flew over the top of it with ease, serving up all the confrontations fans could hope for, some satisfying murders, some shocking deaths, and a whole heap of dragon action. All crammed into fewer episodes, that tighter structure made up for any lack of surprises or predictable endgames with the sheer thrill of breakneck pacing. Begun, this great war has.

“Alison Brie finally gets the complex character her talent deserves in this 80s wrestling dramedy about women who literally kick ass.”

“Back when Better Call Saul was first announced, it was expected to be a jolly affair, a comedic romp through the misadventures of a loveable crook. Season 3, though, confirms the Breaking Bad spin-off to be just as dark as its predecessor. Light at the end of the tunnel? No chance. It’s with no end of cruel irony, then, that Season 3 begins and ends on a shot of a lantern from Jimmy’s childhood, as he and older brother Chuck read a bedtime story together. The show has increasingly become driven by the souring of their bond – one that, after a shaky first season, made a lot more sense once Chuck was revealed to be Jimmy’s enemy. There was brotherly love, yes, but it was unrequited. This accomplished third run places the duo on a direct collision course, building up to a devastating, gripping courtroom scene.”

Set in the aftermath of a mysterious, unexplained disappearance of part of the world’s population, those who have got to The Leftovers’ third season have learned not to expect answers and revel in the ambiguity of Damon Lindelof and Tom Perotta’s universe, one where clarity is only ever glimpsed and resolutions are less about lessons and more about compromise. The Leftovers can be a lonely title, one of individuals scattered and disoriented, but it can also be a collective noun for those who bind together, and in its final season, the show makes a gorgeous, swooning dive for that option. Sometimes, the sweetest thing in life is simply to let the mystery be, and get a little lost in another person’s mess.

“This may not seem ordinary to you now. But it will. After time, this will become ordinary.” It’s hard to believe the words of Aunt Lydia (Ann Dowd), as she introduces new recruits to Gilead, the dystopian world that has taken over modern America in The Handmaid’s Tale, a series that’s as chilling as it is filled with fiery rage. This is a skin-crawling immersion into a reality that is depressingly, disturbingly ordinary. The normality of it almost begins to sink in – and yet can’t, mustn’t and won’t. By the end of the suffocating first hour, even remembering one’s name feels like a rousing act of defiance.

Read our full review – or head this way to see where you can watch it online.

“It’s no small feat for a new show to be so thoroughly ingrained in the public consciousness after just one season that it feels as though it’s been with us forever. As Halloween costumes, burger bars, and theme nights spring up, all based on Stranger Things’ now familiar mythos, the Duffer Brothers have, with Season 2, confidently demonstrated that this is no flash-in-the-pan success. While overall it’s a slightly patchy experience, most of us will be left with the memories of its final two thrilling, spellbinding episodes, which deliver an emotional punch more than equalling the high-octane action.”

More talk show than crime thriller, Mindhunter is a gripping study of our fascination with criminals, charting the FBI’s efforts to interview serial killers to work out what makes them tick. A little more conversation and a little less action might sound dull, but Mindhunter’s success lies in how compelling, complex and creepy those conversations are: it’s a show that has total confidence in the power of speech, knowing that if the characters, topic and words are just right, you can gladly watch two talking heads for hours on end.

Click on each film’s title to read our full review and see where to watch them online. 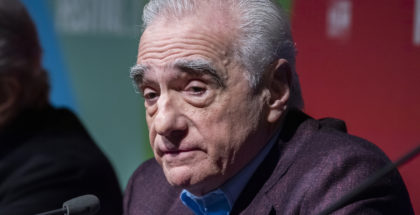 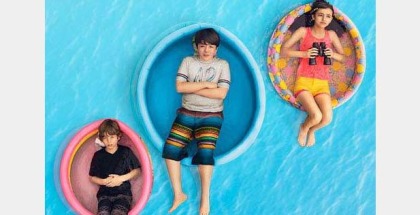