Is Google guilty of encouraging piracy? | VODzilla.co | Where to watch online in UK

Is Google guilty of encouraging piracy?

The Walking Dead’s producer Gale Ann Hurd has called for Google to do more in tackling piracy.

Speaking to the Guardian, she said that the industry is now “poised on the precipice” thanks to the prevalence of illegal streaming sites – and that search engines such as Google, Yahoo! and Bing, should be doing more to keep filmed media from toppling over the edge.

So, is Google guilty of encouraging piracy?

For many people, Google is the internet, or at the very least its front page. It’s the most-used search engine in the world, let alone an authoritative source for news websites.

Online ad network Chitika did some research last year and found that the top listing in Google’s organic search results receives one-third of traffic from a search engine results page. Second place? 18 per cent. You don’t have to list the decreasing percentages all the way down to get the idea. Indeed, the first page of Google results delivers 92 per cent of all traffic from a typical search. That plummets by 95 per cent when you hop to page two.

When it comes to the web, then, what a search engine chooses to show first is what people see. If you search “watch The Walking Dead online” and the top result is an illegal streaming site, one in three people will go there – costing the industry and, as a result, the show’s creators, a hefty chunk of potential earnings. AMC’s website? That’s ranked in eighth place for the phrase, which gets it roughly 3.1 per cent of all people searching to watch the show online. And that presumes their visitors are in the right country.

You can see why Hurd wants a helping hand from the search engine.

“The truth is you wouldn’t imagine stealing someone’s car [or] a piece of art they have created,” she told the newspaper. “We are poised on the precipice in filmed entertainment – TV and movies – because of the prevalence of piracy the content creators will not get a revenue stream to the point that they won’t be able to create. That is the danger of piracy.”

Of course, not all TV execs have voiced the same concerns: HBO’s CEO Jeff Bewkes famously once declared that piracy was great as a form of publicity to drive subscriptions and DVD sales – a move that Hurd said is “really dangerous thinking”. It is telling that since that comment, HBO have now made Game of Thrones Season 4 available online legally immediately following its Sky broadcast, during which it was also available to stream on NOW TV.

Piracy, though, has become a habit for many. 49 per cent of young people now think online content should be free, according to a recent YouGov poll. For Hurd, search engines filtering out piracy sites is the first step to tackling that mindset. US Netflix does not appear in the top 50 searches for House of Cards, she pointed out.

“When consumers do go onto pirate websites they look legitimate,” she added. “They have advertising from well-known brands, and they take credit cards. How would the consumer know the difference between legitimate sites and illegitimate sites? There is a lot the advertising industry, credit card industry and search industry can do to help protect legit content.”

She is not the only one who has called for the search industry to take action.

Lord David Puttnam, President of the Film Distributors’ Association (FDA), said in a keynote speech to mark the publication of the 2014 FDA Yearbook that change is needed. Not just from exhibitors and their “rigid” release frameworks – which are “out of step with the way in which consumers expect or wish to lead their lives” – but from the web.

“[It is] troubling that, in 2014, respect for copyright still needs to be argued for,” he said.

“Today’s digital citizens have such a degree of choice that they may neither notice nor care about theatrical windows,” he continued. “But anyone in Britain interested in watching Hitchcock, or any other similarly affected movie, one or two months after it was first released, would be faced with a stark binary choice – find a pirate copy, or don’t watch it at all. How on earth is that good business, let alone good industry, sense?”

“Ultimately, the products and services most responsive to change are those most likely to flourish,” he added. “This is common-sense digital Darwinism.”

One measure that would help? “For search engines to exclude more websites with copyright-infringing material.”

There is certainly progress being made. According to its own 2013 data, Google received more than 235 million requests to take down links to web pages hosting pirated content.

“In reality, Google’s suite of internet products ought to make it a natural long-term partner of film and media businesses.”

Indeed, Google now has its own Google Play store for Android devices that sells movies and TV shows – including Game of Thrones Season 4.

Puttnan has been making such calls for action for a long time, though. In 2012, his keynote Yearbook speech said that “legitimate search options [should be signposted] far more clearly – and, flipping the point around, [search engines should] actually delete links to sites that continue to promote illegally sourced content”.

Two years on, and the industry is still repeating its cries.

“If we want the UK to continue to be a leader in creativity and innovation, the UK must also be an international leader of intellectual property rights protection,” warned MP Mike Weatherley, David Cameron’s IP adviser, in May.

But the piracy problem is more complex than one website. The YouGov poll shows that the attitude towards torrenting is more engrained in viewer behaviour than simply going where Google tells them to.

Google, meanwhile, says it is already active in its fight against illegal streaming.

“Google is committed to tackling piracy and our action is industry leading,” a spokesperson for the company told the press in May. “We invest tens of millions of pounds in technology to tackle piracy and last month alone we removed more than 23m links to infringing content.”

Indeed, Mike Weatherley’s report admits that there is “no one single player” who can solve the issue, that search engines are not the cause of piracy and to argue so is “inaccurate, unrealistic and a diversion”.

It is undeniable, though, that the site facilitates piracy to some extent: it is part of its function as a gateway to the world wide web. Should they delete links to illegal sites altogether? That would venture into the realms of censorship, which is arguably as inappropriate for a search engine as encouraging traffic to a piracy website. Prioritising legal sites, though, so that they rank higher than piracy sites, could be an potential tweak to the search algorithm that would support the industry – and, indeed, Google’s own rental and downloads service. It might also help users, according to research from FindAnyFilm.com, which found that 9 in 10 most-visited piracy sites contain malware.

“As the main provider of search facilities in the UK it is widely felt that Google should take the lead in setting responsible industry standards for search,” added Weatherley.

Whether you believe that search engines are part of the problem, though, one thing is certain for TV executives: they can definitely be part of the solution. 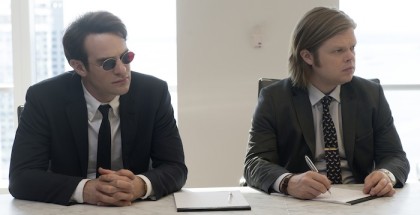 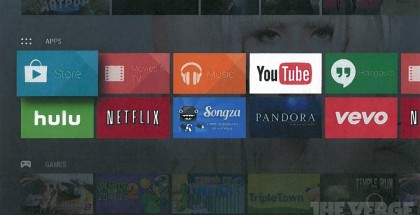 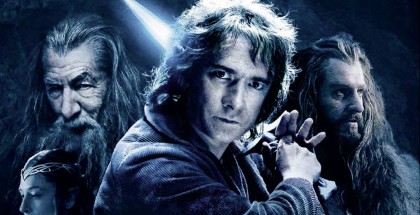 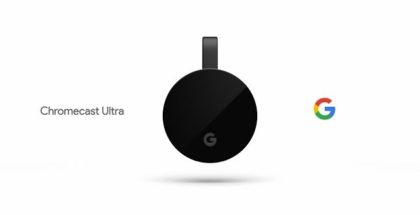